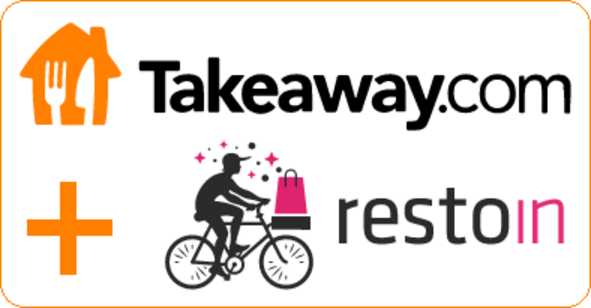 Most recently there is a lot of action in Europe’s food delivery space. Just a few days after Berlin-based Delivery Hero acquired Food Panda and sold its UK business to Just Eat, another big player just announced an important business move:

Takeaway.com, in Germany known as “Lieferando”, a leading online food delivery marketplace in Continental Europe, has acquired the Belgian and German businesses of Resto-In.

Resto-In is a logistical online food delivery marketplace with a similar concept as Foodora and Deliveroo. Formerly known under the brand name Bloomsburys in Germany, Resto-In provides its service in Berlin, Hamburg and Brussels. As Takeaway.com is already active in these two German cities with Lieferando.de as well as in Brussels with Pizza.be, the transaction further strengthens its presence and offering in both countries.

Financial details have not been disclosed. The transaction is not expected to have a material impact on the results of Takeaway.com.

The Resto-In team in Germany and Belgium consists of less then 10 people who will now all join Takeaway.com. In addition, Lieferando (part of the Takeaway group) will be able to extend its offering with more than 150 restaurants due to the Resto-In deal. All of these restaurants were not listed on Liefeando yet.