Finimize is a London-based startup making finance more accessible for millennials. The FinTech company is working on Finimize MyLife – a free-to-use platform for millennials looking to get their financial life on track. Finimize has secured €576,000 in a seed funding round led by Passion Capital. Other investors in the round include Jason Butler – one of the top 100 financial advisers in the UK and author of The Financial Times Guide to Wealth Management.

Finimize was founded in 2015 by Max Rofagha and Scott Tindle – two university friends who wanted to re-design the way millennials approach their finances. Max was named one of Forbes’ “30 under 30” for 2016. He co-founded DeinDeal previously  – a Swiss ecommerce company which now employs 200 people. This company was sold in 2015. Max’s co-founder in startup Finimize is Scott  – CFA and spent seven years at Barclays Capital in London before.

Max Rofagha, founder & CEO of Finimize stated: “The fact that over 60,000 people subscribe to our daily newsletter demonstrates the appetite for clear and easy to digest financial knowledge. Less than a third of our generation has sought financial advice in the past five years, and we want to change that. We can’t wait to start welcoming the first users to Finimize MyLife’s alpha launch.”

The platform aims to help anyone take control over their future in three minutes by providing a detailed and personalised financial plan guided by Finimize’s deep research and algorithms. Clients do not require any knowledge or experience in finance.

The investment will be used to build the team and continue the development of Finimize MyLife. The launch of the alpha version is planned in December this year to the top 500 people on the waiting list. The Beta version will be released in early 2017. 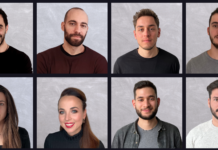 Greek-founded startup Wealthyhood raises over €900k for its innovative wealth-building app for ...