Germany is getting serious about Alternative Finance 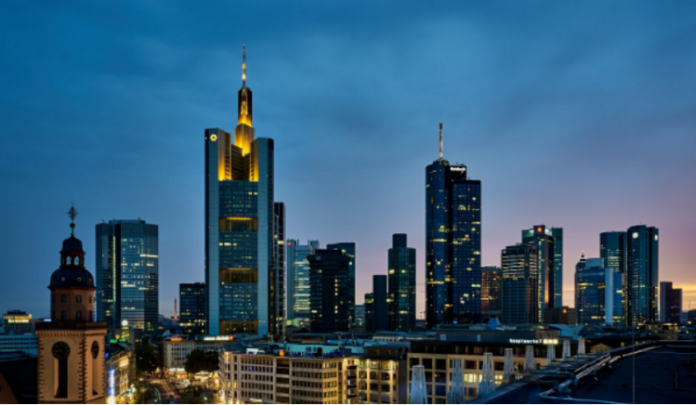 What’s emerging from a report titled “Sustaining Momentum”, prepared by the Cambridge Centre for Alternative Finance (CCAF) of the University of Cambridge Judge Business School, in partnership with KPMG and with the support of the CME Group Foundation, is that the online alternative finance (AltFi) market in Europe is growing like never before, touching a volume of €5.4 billion with a 92% on the year before. Last month we analyzed the AltFi market in France while this time is the turn of Germany.

As we have seen UK remains the largest AltFi sector in the area, but there is now a group of countries that is growing well and gaining momentum. Germany is the third country by market volume for online alternative finance in Europe, totalling €249 million, preceded by France with €319 million and followed by the Netherlands with €111 million. This article is the second of a series that will look at fact and figures of the above mentioned locations. Let’s now take a deeper look at the development of the online alternative finance market in Germany. 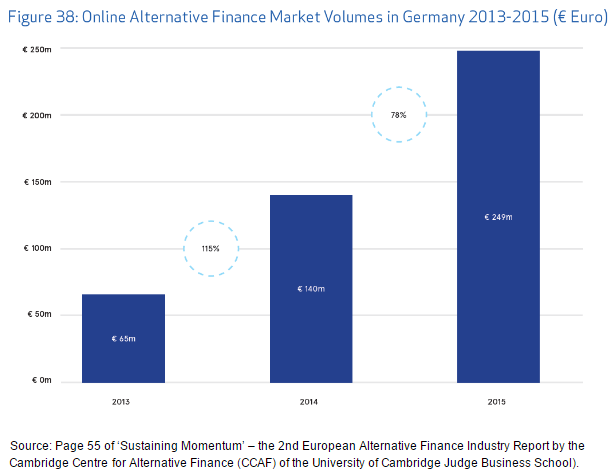 The lending sector seems the most promising, with peer-to-peer consumer lending (P2P consumer lending) that growth a 70% in the last year and which is currently the most popular model, accounting for approximately a 55% of the total volume of the AltFi market in Germany. In the three years analyzed, P2P consumer lending was the fastest growing model, with an average annual growth rate of 95%. The second largest is again about lending, but in this case is peer-to-peer business lending (P2P business lending), which is the model with the most significant growth in the past year, having increased nearly seven times from the €6.1 million of 2014, to a transactions volume of €48.2 million in 2015. The third model by size is equity-based crowdfunding, which has a good size compared to the European countries but that has decreased by 21% in the last year, with the current crowdfunding platform operators that seem to indicate the national regulatory issues as the main the reason of that. 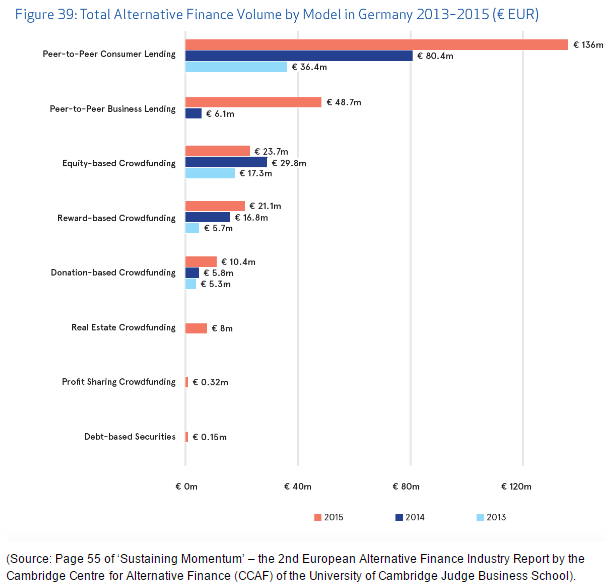 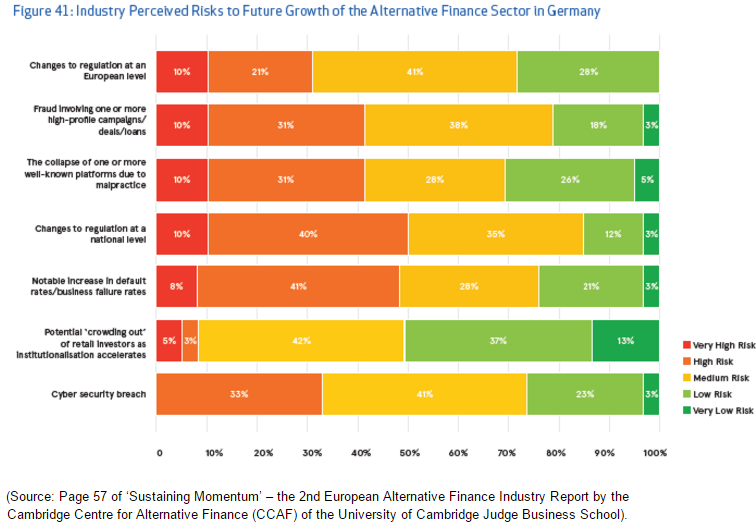 When it comes to the perceived risks to future growth of the AltFi sector, Germans seem particularly concerned about the possibility of changes at national level, with 50% of companies that consider it high or very high risk, but also at European level with 31% of the firms interviewed that consider it high or very high risk. And it should be considered also that they don’t seem too satisfied with that they currently have, given that 53% of online AltFi platform operators consider the current national regulations “too strict and excessive”

By looking at things at a broader level, taking into consideration the whole picture, Germans could be optimists, as the the local AltFi market has grown significantly in the past few years, and the opportunity for the sector is remarkable now, given also the recent developments and the position gained by the whole national fintech ecosystem. Germany overtook UK in Q2′ 16 with $186 million investments in fintech startups, but it’s not only about the volume of venture capital funding. It’s very interesting to see the distributed nature of the local ecosystem, where it’s not just Berlin that does well with technology, there are a multitude of cities that start to have an important role. Munich, for example, plays also an important part, as well as Hamburg, where one of the fastest growing fintech ventures, called Finanzcheck, is located. And last but not least, Frankfurt, home of the Frankfurter Wertpapierbörse (Frankfurt Stock Exchange), the world’s 10th largest stock exchange by market capitalization, which is now growing as the country’s fintech hub.