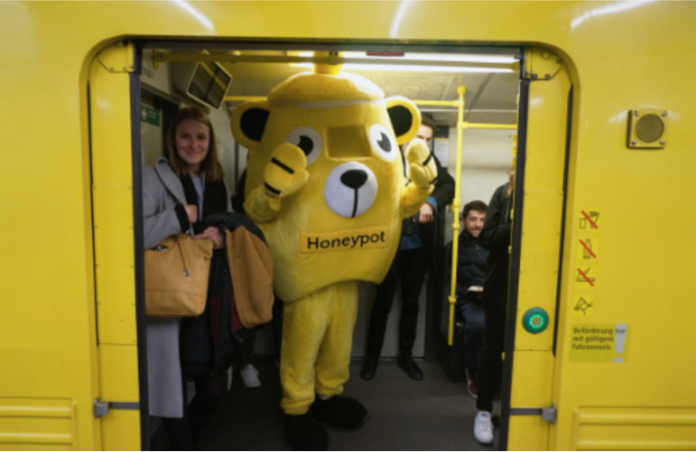 Honeypot – Europe’s developer-focused job platform – officially launched in Amsterdam today. According to Honeypot data, Amsterdam is the second most popular city for developers in Europe. Honeypot is already active in Berlin and Hamburg and has now just expanded to Munich and Amsterdam.

On the Honeypot platform, companies apply to developers and the coders can then decide whether they want to have an interview with a certain company or not. All developers on Honeypot have been screened through “Good Deeds” – the company’s code analysis algorithm for open source contributions or through automated coding challenges. A new group of developers is made visible each week to keep the platform fresh. They are visible for three weeks.

Honeypot’s developers are from all around the world, with about two-thirds deriving from the EU. The rest come from central developer hubs – Russia, Brazil and India. Currently Honeypot also offers free visa support for all non-EU developers hired.

Companies use the platform filter by tech stack, location and salary. Afterwards they are able to make direct contact with matching developers. Honeypot’s matching technology learns recruiter’s past search behaviour and suggests developers tailored to the company’s recruiting needs.

Honeypot’s entrance into Amsterdam reflects the growing importance of the city as a centre of tech. There are between 1900 and 2600 tech startups in the StartupDelta – the geographical triangle, which covers Amsterdam, the Hague and Eindhoven. Increasing number of talented junior developers are graduating from the Delft – the largest technology university in the Netherlands. The tech shortage for senior positions
remains a big challenge. The deficit in skilled developers will hurt growth ambitions of startups located in Amsterdam and the surrounding cities.

Kaya Taner, CEO in Honeypot’s: “Our mission is to get every developer a great job. Amsterdam with its thriving tech ecosystem is one of the most popular work destinations for developers on Honeypot. Close to 70% of our candidates want to work here. We are really excited to expand our service to Amsterdam and its booming tech scene.”

Honeypot was founded in Berlin in October 2015 by Emma Tracey and Kaya Taner. More than 8,000 developers and 600 recruiters from 225 companies have signed up since the platform’s launch.