Travel platform GoEuro raises € 62.7 million and is on its way to become Berlin’s next unicorn 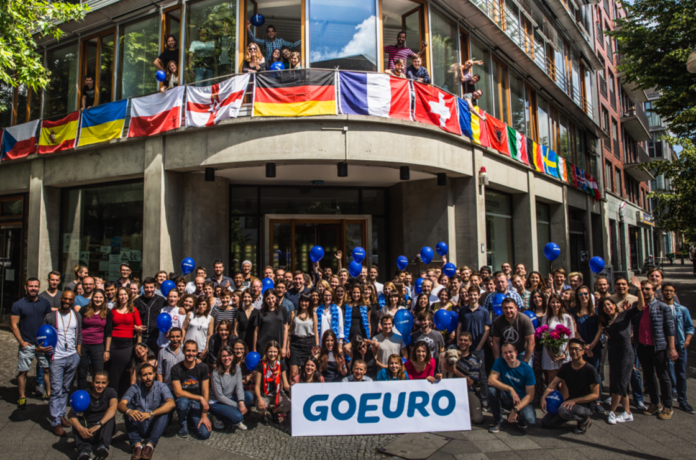 GoEuro – the travel platform for trains, buses and flights across Europe – has announced the closure of a new funding round totaling € 62.7 million led by Silver Lake Kraftwerk, a fund of Silver Lake, and Kleiner Perkins Caufield & Byers, Silicon Valley venture capital firm. It is now poised to join the small circle of European startups seen to have the potential to become multi-billion dollar companies.

The ground transportation network in Europe is very developed but nobody has ever unified or standardized it. GoEuro is a travel platform that does exactly that. It allows customers to book the fastest, cheapest and best travel options by train, bus and flight to any city, town or village in Europe by building a seamless travel planning solution as a single and integrated source of information. It also benefits transportation providers by filling seats and increasing utilization rates.

The new investment follows a successful funding round in December 2015 of €40 million. The company overall has raised nearly € 130 million including investments in previous funding rounds. It will enable GoEuro to continue to execute on its vision to make travel easy and solve the complicated logistical and technical challenges of the € 150 billion market by bringing a simple mobile booking experience to the traditional industry.

Naren Shaam, CEO and Founder of GoEuro stated: “Our objective is to connect every single location on the map with a click of a button. After three years of intensive work we’ve managed to attract 10 million users a month, integrate more than 5 million routes across Europe, include 12 countries, 500 partners and sell tickets to millions of customers from more than one hundred countries. This new investment from such experienced investors will allow us to scale into many new markets and go deeper into the ones we already have, as well as accelerate development of the world’s most comprehensive reservations platform for trains, buses and flights.”

The rapid growth of the Berlin-based company so far is due to an experienced and diverse team of over 180 people from over 40 countries, which will continue to expand. GoEuro was launched in 2013 in Germany. Already in the beginning of the year 2014 EU-Startups.com mentioned this startup to be the one to pay attention to.

Ieva Treija
Ieva Treija has joined EU-Startups.com in August 2015. She has two passions: marketing and startups. Background in journalism helps her to put both passions together and come up with exciting stories for the readers. Ieva lives in in Riga (Latvia).
RELATED ARTICLES
France-Startups

GoEuro Founder and CEO Naren Shaam will speak at our EU-Startups Summit on May 2-3 in Barcelona!