K Fund: A new €50 million VC firm that aims to invest in the best and brightest Spanish startups 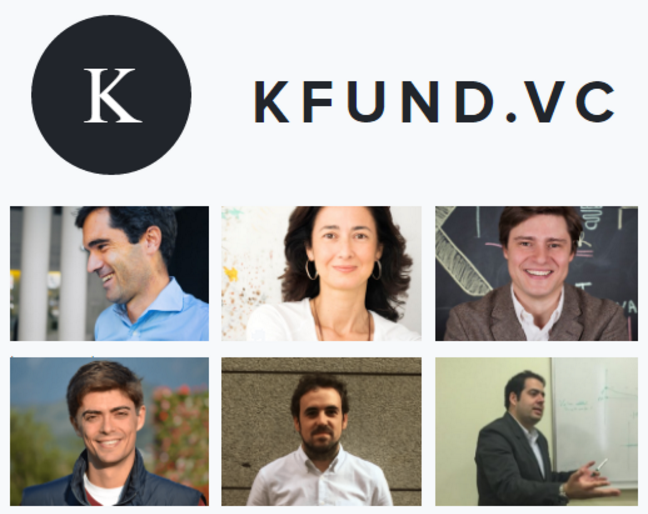 K Fund is a new €50 million Venture Capital firm that wants to accelerate the Spanish VC industry. The Madrid-based firm follows an entrepreneur-centric philosophy and has the objective of providing value to technology companies with global ambition.

Iñaki Arrola explains: “Since I’ve been investing in companies I’ve tried to help as much as I can, in the same exact way that I wish I’d received help many years ago when I started my company. That’s why K Fund has been born, with the ambition of helping entrepreneurs in anything that they might need at the early stage, which is usually the hardest time for a company. Entrepreneurs are mostly responsible for the success of their companies and we are at their service to provide value in areas such as product, marketing or biz dev. Anything that’s good for them is good for us”.

The founder of the new VC firm are sure that it’s the right moment for K Fund. Access to technology has been mostly democratized all around the world, and this allows creative people with great business ideas to start companies easier than ever before.

Never in the history of Spain have so many technology companies been created and, in addition, over the past few years, local companies have broken previous records in terms of financing (more than €500 million in 2015) and exits.

Examples such as Carto, Typeform or Wallapop, as well as exits such as Ticketbis (eBay) or Privalia (Vente Privee) have put Spain in the world’s technology map and attracted the attention of top tier Venture Capital firms such as Accel Partners, Index Ventures, Insight Venture Partners or Atomico.

Ian Noel notes: “We’re witnessing a new generation of Spanish entrepreneurs that have a global mind set and ambition from day one, who are not afraid of American or European competitors, and who have an amazing ability to execute at scale. These facts point to the maturation of the technology industry in Spain. We start with the challenge of supporting these entrepreneurs at the early stage and with the aim of co-investing with top international VCs to, together, build global champions.”

K Fund focuses on the Spanish startup ecosystem, whether it means companies registered in Spain or those from abroad that have some kind of connection to the country, and is looking to work alongside companies that have a global mind set from day one and want to tackle markets such as fintech, marketing and adtech, logistics, edtech, big data or security, with a strong preference for SaaS companies, marketplaces and mobile.

To date, K Fund has completed three investments (Salupro, Lucera and Hooks) and over the next few years it expects to build a portfolio of between 20 and 25 companies.