Home France-Startups Spotlight on France: One of Europe’s emerging locations for Alternative Finance 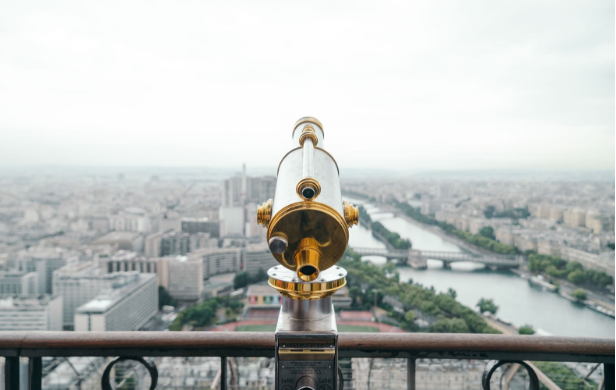 There is no crisis for the alternative finance (AltFi) industry in Europe. That’s what we learn by reading the report titled “Sustaining Momentum”, prepared by the Cambridge Centre for Alternative Finance (CCAF) of the University of Cambridge Judge Business School, in partnership with KPMG and with the support of the CME Group Foundation.

The past years have been dominated by the UK, which still largely remains the biggest player in the area, with 81% of the market share. However there is now a group of countries that is growing well, and that’s starting to play a bigger role in the AltFi sector. France is now the second country by market volume for online alternative finance in Europe, totalling €319 million, followed by Germany with €249 million, the Netherlands with €111 million and Finland with €64 million. This article is the first of series that will look at fact and figures the above mentioned locations. Here we will start by looking at the development of the AltFi market in France. 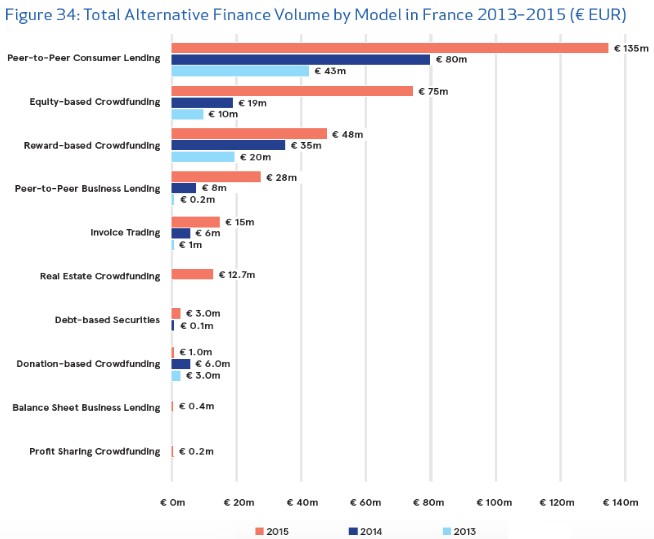 Looking down further into this data, we can see that peer-to-peer consumer lending (P2P consumer lending), is accounting for 42% of the total market and is the most popular model, with a 68% growth registered in the last year. Equity crowdfunding, is in overall the second largest model, but is the one that registered the biggest growth (+298%) between 2014 (€19 million) and 2015 (€75 million). The third largest is again crowdfunding, but this time we are talking about the rewards-based model, with a volume of €48 million in 2015.

It’s surprising to see that real estate crowdfunding, which is extremely popular at a global level, it’s only in the sixth position here, with €12.7 million raised via national digital finance platforms on real estate deals. It should be taken into consideration that’s a model that has just recently emerged in France and it’s still in its infancy. I wouldn’t be surprised to see remarkable growth now for the current year for this model. 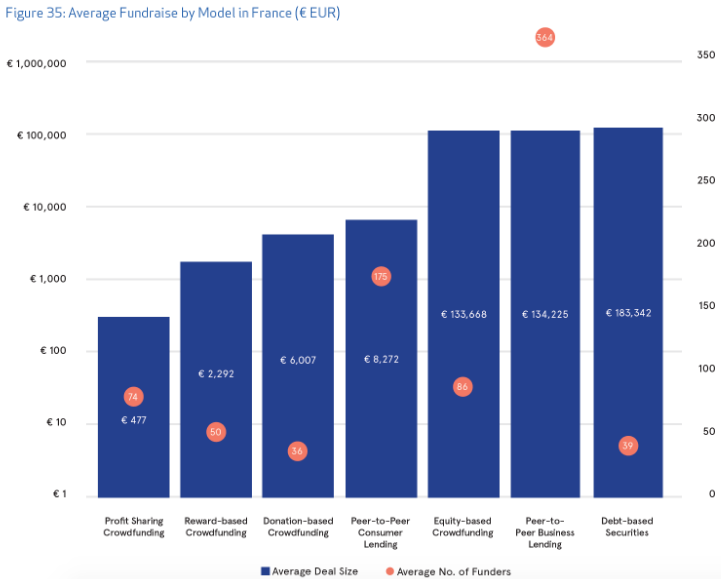 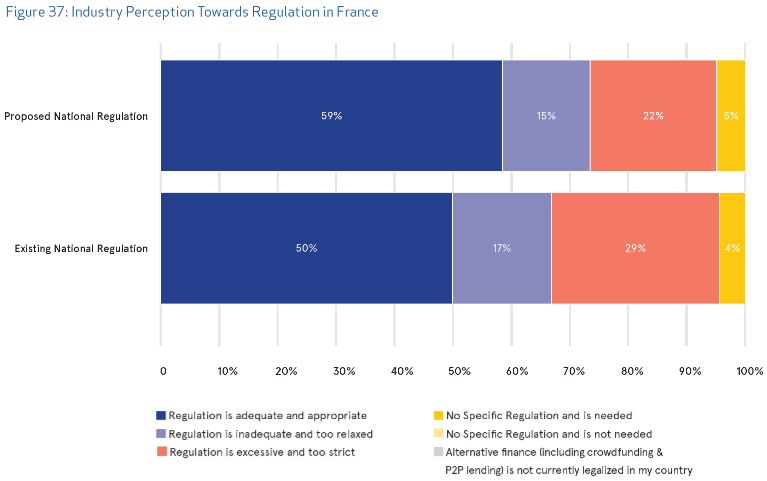 Regarding the perceived risks to future growth of alternative finance in France, it’s the “collapse of one or more well-known platforms due to malpractice” that scares most the local AltFi companies, followed by “fraud involving a high profile campaign or loan’ and “cyber security breach”. While about the current regulation, the AltFi firms seem quite satisfied, with 50%, of those surveyed seeing the current regulation as adequate and appropriate. A percentage that reach 59% by looking at the proposed national regulation.

The opportunity for France is clear, especially after the Brexit vote, to establish itself as a point of reference, not only for alternative finance but for the whole financial technology (FinTech) industry in Europe. The advance of the AltFi market is opening up access to capital and could become a key driver for the growth of the entire technology and startups ecosystem in the country.