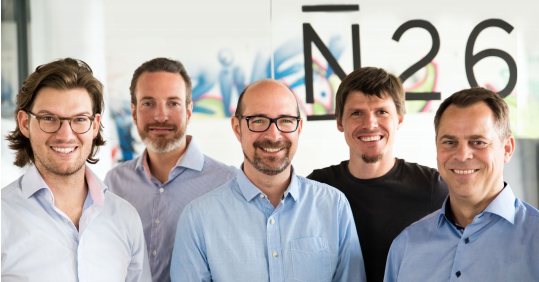 N26 is the first bank in Germany to offer payments via voice command. It is possible through Siri and iMessage. Users should just download the latest iOS Apple update and say: “Hey Siri, send €12 to Max with N26!” The option is available as of today with the new iOS update of the N26 app.

This makes it easier to share a bill in a restaurant with friends or to request a monetary payback using iMessage. To “request money” via iMessage users directly choose the desired amount on N26 keyboard. The N26 app should be added to iMessage or activated in Siri’s settings. Transfers up to €25 per transaction and €100 per day are possible. These limits are set by standard NFC payments.

This all is possible due to the fact that the iOS10 update provides developers with access to Siri and enables them to use the intelligent voice command for their apps. N26 seized this opportunity and made it possible for users to send money with Siri. Apple featured N26 during the Worldwide Developer Conference 2016 as an example of how the new Apple Siri can be used for payments.

N26 has been working from the very beginning with the aim to make banking as simple as possible. Users have been given opportunity to send money to their contacts using MoneyBeam with only a few taps, via SMS or email. Now N26 makes payments even easier with the new iOS10 operating system.

EU-Startups.com already wrote earlier that 1,5 years after product launch the FinTech’s N26 Bank was awarded with a full German banking license by the Federal Financial Supervisory Authority (BaFin) and the European Central Bank. Since product launch N26 has become one of the leading providers of mobile banking.