DICE, the London-based live music discovery and mobile ticketing platform that allows users to search for, browse and buy tickets with no booking fees, announced today it has raised $6 million in Series A funding. The financing round was led by Evolution Equity Partners with participation from existing investors, White Star Capital, Designer Fund, Kima Ventures, leading music industry angel investors as well as new investor Lumia Capital. The new round takes total funding to $10 million since launching in 2014.

The fresh capital will be used to fuel DICE’s expansion in Europe and North America and continued development of the company’s innovative technology platform delivering an award winning live music discovery and ticket buying experience.

Since its launch in September 2014, DICE has expanded its platform throughout the United Kingdom offering fans tickets to the best gigs, clubs and festivals with no booking fees. The startup has grown to 42 employees including a team of music and data scientists focused on improving DICE’S live music discoverability experience. Tickets are purchased within the app and exist on the fan’s smartphone. Each listing also displays a selection of recommended shows at the bottom of the event description. This shortlist is generated by a mix of algorithms and human­powered editorial.

All of the tickets sold on DICE are sourced directly from artists, promoters and venues; the young company is vocally against touting. Since launch, over 700 artists have sold their tickets on DICE including Taylor Swift and Justin Bieber.

Phil Hutcheon, Founder and CEO of DICE stated: “DICE is a long­term focused business and we’re solving hard problems around ticketing. We’re removing the barriers for real fans who are fed up of high ticket fees and limited access to primary tickets. With DICE, we’ve built a platform where discovering new artists is easy since both our human curation and algorithms surface those most relevant to you. DICE is obsessed with design, simplicity, transparency and innovation.”

“One of the main challenges still facing cryptocurrency is its adoption”: Interview...

Vortexa snaps up €15.7 million to scale up its global energy and shipping analytics platform 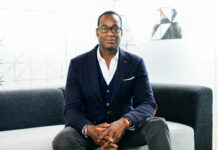