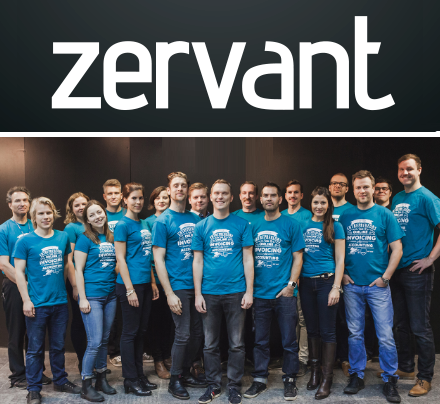 Finnish fintech startup Zervant has just secured €4 million in additional funding. The majority of this Series A funding round was raised from two VCs – Northzone and Conor Venture Partners. The new investment brings the total amount of capital raised by Zervant to more than €8 million.

Bjørn Stray, General Partner at Northzone stated: “We believe Zervant is a great example of a company that is gaining traction quickly in a market that’s at the verge of transformation. We look forward to working with the team to create a winner in e-invoicing.”

Espoo-based Zervant is used by tens of thousands of entrepreneurs all over Europe. Its core markets are Finland, Sweden, Germany, France and the UK. The company’s revenue is set to grow by 200% this year. The investment will be used to further boost the international expansion of Zervant’s invoicing services, designed for freelancers and small businesses. The additional funding will also see Zervant add new features to their product, for example invoice finance to help entrepreneurs get paid even quicker.

Mattias Hansson, Zervant co-founder and CEO: “There is going to be a tremendous shift towards electronic invoicing in the next 5 years and more accessible financial products for micro enterprises. We want to lead the way in this segment. This investment will help us expand significantly and strengthen our position as the leading invoicing service for small businesses in Europe. We will accelerate growth in our current markets as well as expand into new countries.”

In June 2016 Zervant announced a multi-million Euro deal with banking giant from Belgium ING – part of ING Group, one of Europe’s largest banking groups. The deal enabled ING Belgium to acquire the rights to rebrand Zervant’s invoicing software and to sell it via their own channels. Under this licence the software is marketed as ING invoice solutions.