Cyberhaven, a stealth-mode cybersecurity startup spun out of the Swiss Federal Institute of Technology in Lausanne (EPFL), just announced the closing of over $2 million in an oversubscribed first round of financing.

Cyberhaven is based in Lausanne (Switzerland) and Boston (USA) and aims to offer the simplest and most effective way to get full-coverage protection of sensitive documents against cyber attacks and insider leaks, with connectors available today for Office 365, on-premise Sharepoint, and Google Apps.

The Cyberhaven technology was developed over the course of seven years in university labs, was proven in the field, and is protected by four patents. The startup was founded by repeat entrepreneurs and technologists groomed at EPFL, MIT, Stanford, and UC Berkeley. Cyberhaven will use the fresh capital to fuel R&D growth in Switzerland and expand business operations in the US.

The investment in Cyberhaven is led by Accomplice, one of the most active early-stage venture capital firms on the US East Coast.

Christopher Lynch, founder and managing partner at Accomplice stated: “Cyberhaven has the deepest cybersecurity technology I’ve seen in a long time, excelling through its effectiveness, superior coverage of attack surface, and seamless user experience. This is a superbly impressive team, with an inspiring vision that we want to help turn into reality,”

As cyber attacks and data breaches become increasingly common. Data breaches are usually very expensive and some executives even have lost their jobs over such breaches.

Dr. George Candea, Chairman of Cyberhaven explains: “Attackers have today the upper hand, because they can get better and faster results at lower cost than what it takes to defend against them. Cyberhaven has developed a new and fundamentally simpler way of defining, managing, and enforcing an enterprise’s security in a way that is naturally aligned with how the business operates,”

By combining a focus on business workflows with technology that acts as a true “X-ray machine” for cyber threats, Cyberhaven is able to offer a solution that is fundamentally different from what exists in the market today, and to enable enterprises to simplify their security infrastructure.

Dr. Vova Kuznetsov, CEO of Cyberhaven, said: “We’re thrilled to have Chris and our other investors join us in our mission to eliminate the fear of malware, social engineering, and malicious insiders. Through technology, we can at last tilt the cybersecurity balance in favor of defenders instead of attackers with a solution that offers unprecedented levels of effectiveness, is trivial to deploy, yet remains invisible to end users by not changing their existing workflows and not adding any overheads. We’re making enterprise security simpler and thus easier to get right.” 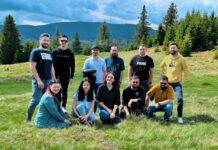 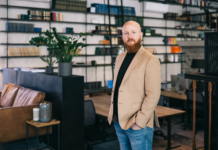 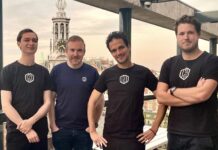 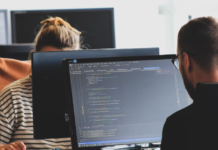