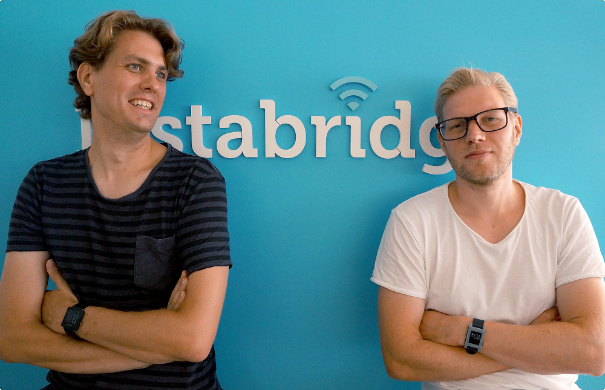 Draper Associates, the Silicon Valley fund led by Tim Draper, has invested $1 million in the Swedish WiFi-sharing community Instabridge. Existing investor Balderton Capital also participated in the round. Instabridge is creating an app to connect the four billion people around the world who don’t have access to cheap and fast internet.

The Instabridge app helps users find and connect to fast and free internet no matter where they are. Anyone can start a WiFi-sharing community in their home city with the app. Over 100,000 people have joined the community since its launch. Instabridge was founded in 2012.

Niklas Agevik, CEO and co-founder explains: “We are building Instabridge because we know that internet access has to power to change lives. Internet access reduces economic and gender inequality, and the fact that so many people are currently not online is one of the big issues of our time. We are happy to have Tim on board and supporting us in this journey. His knowledge and connections will be extremely helpful in the fulfillment of our vision,”

Tim Draper stated: “It is so frustrating when you know there is WiFi available and it’s all locked up and password protected. The internet is mission critical for every human on the earth, and we all need better distributed WiFi. Instabridge’s de-centralized model allows everyone access to WiFi anywhere it is available. Ultimately, I expect Instabridge to be the vehicle to allow billions of people to gain access to the internet, and build a happier, more connected world.”

Instabridge has two million users and is growing rapidly in emerging markets such as Mexico, Brazil, and India. The Swedish startup will use the additional investment to further increase the pace of its rollout. Check out the video below to learn more about their service: