Number26, the Berlin-based fintech startup which created a mobile-first bank account, is receiving a €700K subsidy from the Pro FIT program of the Investitionsbank Berlin (IBB) for the development of fraud prevention systems. These systems rely on split-second artificial intelligence and transaction data to detect and preventfraud before it can even take place.

According to Card Fraud report 2015, fraud affects about ,04% card transaction value in the EU. In other words, every €10.000 of card revenue comprises about €4 of fraud. This cost can be significantly reduced through smart software designed to detect it.

NUMBER26 is planning to make card transactions safer worldwide. With support from subsidy mentioned above the company is going to further research and develop new fraud prevention system. It will use artificial intelligence to analyze factors like spending history, movement patterns and merchant data to prevent fraud before a transaction is booked. For example, if a MasterCard is stolen and later used, a situation-specific scoring takes place which is used to prevent fraudulent transactions. The system learns from each successfully-blocked transaction and thus becomes ever more intelligent.

Currently NUMBER26 has expanded in Europe – since its product launch in January 2015 this mobile banking provider company was able to attract more than 200 000 customers in 8 countries. Previously EU-Startups.com has predicted that Number26 is going to be one of the hottest European fintech startups in 2015. Apparently the company has continued its growth and is going big this year. 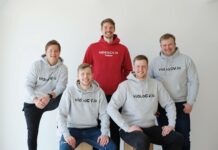 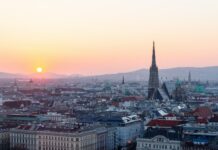 10 amazing Austrian startups to watch in 2021 and beyond