The London-based startup Lost My Name, one of the leading creators of personalized children’s content, extended its Series A round and secured €4 million from Project A. The Berlin-based VC joins the circle of renowned international investors, including lead investor Google Ventures, Greycroft and Allen & Co. Project A’s founding partner Florian Heinemann will also join the company’s board.

Lost My Name’s first personalized children’s book “The Little Boy/Girl Who Lost His/Her Name” was one of the bestselling children’s book globally in 2015. With their second book, “The Incredible Intergalactic Journey Home”, they are on their way to repeat this success. It has been available in the UK & US since Autumn 2015 and is launching in Europe later in 2016.

Lost My Name launched in 2012 and is headquartered in London. The award-winning startup operates at the intersection between storytelling, engineering, digital and print media.

Florian Heinemann, founding partner at Project A says: “We intend to support Lost My Name in building a solid infrastructure in terms of CRM, Performance Marketing and Business Intelligence to enable growth on an international scale. We believe that with the current team line-up, the competencies within the company and the investor base, Lost My Name is well on track to become one of the relevant global players in personalized children’s content.”

Asi Sharabi, CEO and Co-Founder at Lost My Name stated: “As a full-stack publisher, we aim to create the best personalized experiences as we keep blending storytelling, print and engineering in ways that have never been done before. Project A’s operational expertise and hands on approach will help us upskill our teams and set strong foundations for future growth. We’re thrilled to have them on board.”

Lost My Name plays in the intersection between storytelling and technology. Its mission is to give every grownup creative superpowers, to make magical, meaningful connections with a child. It’s created both the best-selling and the most technologically advanced personalised picture books in the world. And has made over 1.5 million children gasp and giggle in 170 countries. 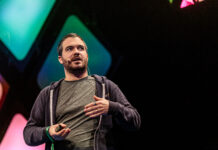 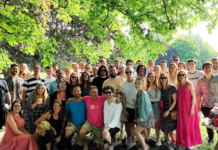