Riga – a great place for startups to start going global! An interview with Latvia’s former Minister of Economics 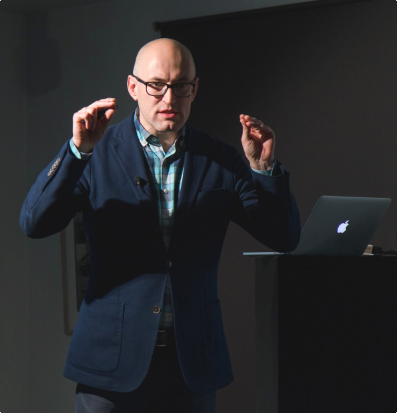 Latvia recently joined the list of countries where a startup association is going to be responsible for further development of the whole startup ecosystem. The Latvian Startup Association has a special partner who joined the initiative to help it grow. His name is Daniels Pavļuts – Latvia’s former Minister of Economics. Hopefully this will help the association to create a good cooperation with the government. While we are waiting for particular results, EU-Startups.com invited Daniels to talk about his motives to join the startup community as well as to learn more about the association’s further plans.

What was the beginning of your interest in startups?

I’m certainly not a startup person in a classical sense. I don’t have a startup, I’m not a founder and I don’t work with the startup directly. However, now working closely with startup issues in the Latvian Startup Association it feels like running a startup. I was asking: “Hey, guys, what is this – so much work and no money?” And the answer was: “Ha ha, welcome to the startup world!”

When I was the Minister of the Economy (2011 – 2014) that was about that time when startup agenda really became visible and relevant. I was quiet new to this topic at that time so I really started to learn more about startups in general and what specific economic policies are needed for them. So that’s how my interest really began and we did our best to help. That was part of my job. But I never lost the interest. And I realized that I want to be more engaged.

One of the ways my interest played out after leaving government – I invested some money in one of our best known startups. I really hope that they will succeed. Afterwards last year there was the event organized which was balancing between startup policy – government policy for startups – and startup ecosystem development. We called it Riga Venture Summit. All main players including government representatives from three Baltic countries gathered around the table. We really felt that we didn’t have enough dialogue on Baltic level. One of the conclusions of the Riga Venture Summit was that we have to self-organize and bring together all the main building blocks of the startup ecosystem. We realized that we need to do it from grassroots level and have the association – NGO that would speak with one voice.

Month or two later we came together and decided to set up the startup organization as a representative of the whole ecosystem and not just startup founders. It will talk to government, create visibility in the country by explaining what startups are about and also work with media as well as work internationally by trying to put Baltic countries and Latvia in particular on the global startup map. I personally became one of the founders and one of the first board members as an individual ecosystem supporter. My job according to my background is not surprising – I have to spearhead work with public sector advocating for startup friendly regulatory environment. We already started some projects in this area working with the tax arrangements for startups. We are dealing with the project to have a startup law in the country. We are in early stages of doing this, but it looks promising.

I guess that startups are happy with the association. What’s the attitude towards it from other parties involved – government and different institutions?

I believe that most of the public sector players see it as a good development. I would like to think that we could be good partners for them. Government is also happy if it has democratically legitimate and competent partner on specific issues at the table. Clearly there is not enough knowledge on doing startup policy, Latvia is not unique in this.

Do you see think this association is the right form with the best potential to make things easier for startups?

I think it is really healthy, if you have it as a grassroots initiative. It has to develop resource base that takes time, but I think that in long run it is really sustainable. It is so much better then to have the government or public sector led model of ecosystem. NGO is the best option if it can have the legitimacy in its sector, if it can effectively administrate consensus and if it can prove it’s worth and get access to resources it needs to operate and deliver services to its members and society in general.

What are the plans for the nearest future for Latvian startup association?

We’ve got some big plans. If I have to think of what I want to see in a year’s time as milestones or things to achieve, I’d say – the startup law defining what startups are and what support they need should be drafted and in a process of approval. Second – taxes, they could be friendlier. We would like to reduce the burn rate what startups have in terms of labor taxation in the very early stages. Typically they spend half of their early stage investment money on labor taxes. This probably is not the highest tax rate in Europe, but if we could find sustainable ways of addressing this, they could focus more resources on development and pay full amount of taxes when they scale up. Third – the migration issue. It is about access to talent. We are small country and we need access to international talent pool. We are also working with the Riga City Council on some arrangements on infrastructure – they could allocate some place for startups to live. Startup ecosystem needs a place to call a home.

Also we have to develop organization itself. Strong organization with clear value proposition for members, important and interesting value added events to bring members together, visibility and promotional strategy in action and presence in major startup events in the region. We have grown in 45 members now in less than month.

The next step is to organize Riga Venture Summit again – this year Latvian Startup association is going to be the organizer of this event.

How far is the startup law in Latvia now?

That’s the new commitment that government has made that they would draft such law. It is in relatively early stages of the development. We are there at the table discussing it and sharing our ideas with the Ministry of Economy. One issue is – how do we define startups. Clearly there are some things, which are relevant for all early stage enterprises. All government support policy should be focused on helping those that deserve or need help most. This is where we really have to be careful about criteria and what we are trying to achieve, support must be specific and targeted.

How do you see cooperation of all three Baltic countries – do we have to work together or alone?

It’s always easier to walk on your own, isn’t it? Question is whether you can afford it. Startups don’t care in what country they are as long as they can get the investment and environment they need. We are realistic about it. Our job is to compete where we need to compete and cooperate on everything else. Everybody has to find some focus and clear positioning or niche. We have to define our niche for Riga that is the largest city in Baltics. As we think, we could be great place to start a business. We realize that startups, when they succeed, may move on. We would like to see this is a niche for ourselves – to be the great place to start going global.

Do you see good examples from other countries of how the startup ecosystem should function?

We have to be selective again. It is not possible to copy something 100% due to different conditions and different histories. There are things that we would like to learn from Finns – the way they manage to intertwine startup ecosystem and education sector. It would be great to see if our capital city Riga could learn from Stockholm on investments they make and coordination they do in startup ecosystem as a municipality. It would be lovely if we could help to become as single minded and communicating and with the IT orientation as Estonians do. There are many good things that we like and we would like to copy, but not a single one. Most importantly we have to communicate those things that make Latvian startup ecosystem unique and attractive.

I will not ask a question on startup success and why it does or doesn’t happen. It’s been discussed so much. But I know that you have been interested in leadership studies. How do you look to those young and hungry people from this perspective?

The concept of leadership is broad one. There is no one type of leadership, which would work across the board. Leadership plays out in variety of ways and it can come from anywhere. I can say that all those people – young or not so young – that get engaged in startups, get out of their comfort zone, have the courage or recklessness to give up security for developing of uncertain potential… I think it is itself an act of leadership. And I think future belongs to them.

10 promising Latvia-based startups to watch in 2021