Evaneos, the first online marketplace in Europe that allows travellers to book holidays directly with local travel agents, has just completed its third round of investment, raising $21 million from Serena Capital, Fonds Ambition Numérique managed by Bpifrance, ISAI, and XAnge.

This latest investment round will contribute towards technological innovation and international expansion, with plans to launch Evaneos in further markets such as the US. The Paris-based company also announced plans to increase the size of its team from 80 to 200 employees. Evaneos is one of the leading travel marketplaces in Europe, and with this most recent funding round, the company will have raised a total of around $26 million since its creation.

Eric La Bonnardière, Evaneos co-founder and CEO, stated: “When we created Evaneos in 2009, we wanted to invent a new model that puts the human dimension at the core of travel. The rise of experiential travel means that travellers’ expectations are geared towards independence, personalised service, and a greater connection with authentic local culture. Evaneos offers a solution to these expectations by putting travellers directly in contact with local travel agents across the world. This latest funding round is a major step forward in our development, allowing us to become a global brand while continuing to reinvent the way that travellers dream up, prepare, and experience their trips.”

Evaneos cuts out the middleman – tour operators and travel agencies – by connecting travellers directly with the world’s most extensive community of local travel agents. Travellers can browse through a range of holiday ideas, and then contact a local agent living in that country to design a tailor-made itinerary. Evaneos’ 650 partner agencies operate locally in 150 countries worldwide, providing an unparalleled wealth of knowledge and advice about their respective destinations. Its partner agencies offer travellers access to premium expertise without the premium price tag and, in turn, the agencies themselves benefit from an additional source of direct revenue, retaining more income for their local economies.

Nicolas Iordanov, Principal – Venture Capital, Bpifrance said: “We were impressed by Evaneos’ model, which is disrupting the travel industry by combining simplicity of use, access to local expertise, and better value for money. We are happy to be participating in the company’s international growth, and supporting the innovation of this fantastic start-up.”

Since its creation in 2009, 120,000 travellers from 30 different countries have set off on a tailor-made trip created by one of Evaneos’ local partner agencies. Sales generated from these trips have consistently doubled every year since the company was established.

Evaneos is available in English, French, Spanish, German, and Italian with native-speaking teams dedicated to each market. Originally a French company, 40% of Evaneos’ turnover now comes from its international markets, making it the leading European marketplace model for multi-day tours. With this funding, Evaneos plans to expand into further international markets, to represent 80% of the company’s turnover by 2020. This expansion will begin with the launch of three new European markets by the end of 2016; The Netherlands, Denmark and Sweden, with further plans for international markets including the US. 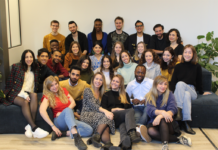 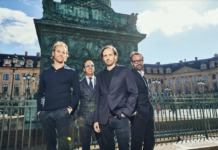 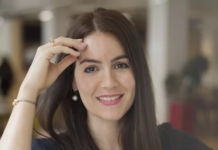 Paris-based Witco launches its smart building app also in the UK – with €12 million in Se...

Paris-based Altacasa raises €2 million to re-invent access to second homes in the UK and Europe...