G(r)o(w)ing from Startup to Scaleup 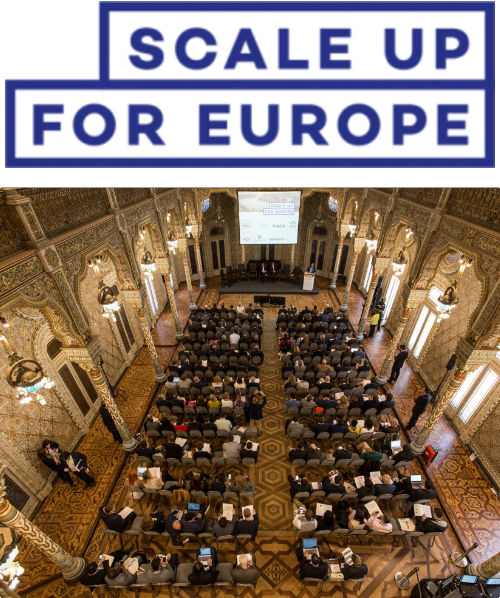 You may have bumped into the Scaleup term sometime. There’s one phase in many startups’ life where the need to grow brings new challenges. This may happen early or later and thus time is not the best reference for the definition. A focus on Scaleups developed in Europe in the last years and the Scaleup for Europe movement has just gathered an additional push due to the European Business Angels Network Annual Congress, held in Porto this week.

The congress saw the participation of more than 200 delegates, representing the huge impact of Business Angels in European business. According to EBAN’s last statistics shown today (and very soon published on EBAN’s web site), 300.000 Business Angels were responsible for €6 billion total investment in 2015. That’s 71% of the total investment of €8.6 billion, with Venture Capital taking 24% and Equity Crowdfunding the remaining 5%. The investment split per stage of investment is 11% for pre-seed, 32% seed, 40% early stage and startup and 16% expansion, with early stage and expansion growing in weight, meaning Business Angels are investing in a wider scope of startup life. The average investment was at €184k per company and at €20k per Business Angel.

The opening speech of Deputy Mayor of Innovation Filipe Araújo focused on Porto’s past history, present infrastructure and future potential. The city is home of an innovative strategy to endeavor entrepreneurship in Europe. Scaleup for Europe, the theme of this year’ EBAN Congress, was revisited in many of the training and work sessions and in most of the panels. According to Paulo Calçada, CEO of Porto Digital, Porto is positioning itself as a city hub that may assist Scaleups reaching high levels of growth mainly taking advantage of the city network and access to corporate deals. Other cities are joining (news on that later this year) to widen the initiative to Europe, providing cross experiences and access to an international network of opportunities.

If your company is starting from 10 employees and growing 20% annually for 3 years in revenue or number of people, that will make you a Scaleup according to OECD definition. But the general impression I’ve gathered is that the definition is a bit wider, as many high growth business models may bring early stage startups to the Scaleup challenge sooner and faster than that. Some of them were pitching in the Global Investment Forum yesterday and I suspect we’ll meet many at the Lisbon Web Summit later this year. Although we will certainly struggle to meet some of them among the 50.000 expected visitors – a new record for the event.

You may find some interesting research on scaleups here.