Invenias, the cloud-based software for executive search and strategic recruitment, has closed a further round of investment led by MMC Ventures. The round is made up of $1.1 million of equity funding from MMC and $1.7 million of debt from Clydesdale and Yorkshire Bank.

MMC first invested in Invenias in 2013 and continued to do so by the end of 2014. Since then the business has shown strong international growth, and according to Invenias they clearly outperformed some other players in the space. The Reiding-based company sees strong demand for the Invenias proposition in North America and this funding will be used to further support expansion plans in the region.

Founded in 2005, Invenias pioneered an intuitive cloud-based platform for executive search that has seen it become the fastest growing company in this sector. For the last five years it has reported year-on-year growth that has significantly outpaced the market and now has 750 customers in its portfolio with offices across the UK, US, Europe and Asia. The funding will be used to ensure that the company can continue to execute on its aggressive international growth plans as it seeks to grow in North America, expand into new markets, invest more in R&D and support its expanding customer base.

David Grundy, CEO Invenias commented, “One of the key reasons our customers opt to deploy the Invenias platform is because of our strategy of continuous innovation. We have seen tremendous demand for our software in the North American market in the last 12 months, with prestigious firms such as ON Partners in Boston, The Toft Group in San Diego and Conroy Ross Partners across Canada, all choosing to run their business on Invenias. This funding package will enable us to meet our growth ambitions as it will empower us to invest in our platform, our infrastructure and scale with our customers.”

Jon Coker, Investment Partner at MMC Ventures commented, “We continue to be impressed with what the Invenias team have achieved since our initial investment and see a huge opportunity for the business as they accelerate expansion in the North American market.”

Check out the video below to learn more about the cloud-based cloud-based software of Invenias. 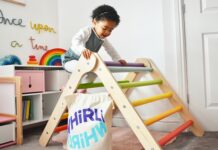 Munich-based Userlane scores €10 million for the global expansion of its digital adoption softw... 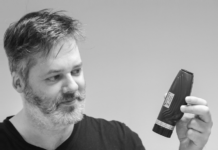 Scotland-based Epipole raises €1.66 million to expand with its eyecare technology to the US

How is coronavirus impacting the funding landscape for startups? 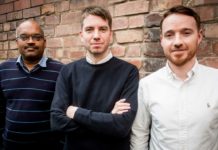