Home about EU-Startups.com Fabian Siegel, Founder and Managing Director of Marley Spoon, will be speaking at our EU-Startups Conference 2016 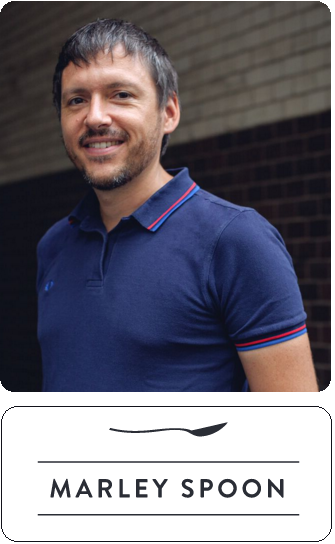 You’ve probably already heard that Johannes Reck (CEO of GetYourGuide) and Steli Efti (CEO of Close.io) will be speaking at this years EU-Startups Conference on June 24th in Berlin. Today, we’re proud to announce that Fabian Siegel, Founder and Managing Director of Marley Spoon will also join us for an exciting fireside chat about his entrepreneurial path and his learnings as an investor.

Fabian Siegel co-founded ClickandBuy, which once was Europe’s largest online payments brand and was eventually sold to Deutsche Telekom. At ClickandBuy he served for 7 years as CTO. Afterwards he founded the personal finance startup Strateer, and ran operations at browser technology company kikin.com. From 2010 to 2013, Fabian was Co-CEO at Delivery Hero – a global leader in online food ordering and one of the few unicorns Europe has. In 2013, Fabian joined forces with Marc and Oliver Samwer and started a €150 million VC fund called Global Founders Capital, where he is still involved till this day.

In 2014 Fabian founded Marley Spoon, a subscription service which makes it really easy for you to cook a delicious meal at home by sending you tasty recipes and fresh ingredients directly to your door. Marley Spoon already counts over 100 employees and is operating in Germany, UK, the Netherlands, Austria, Australia and in the USA. In total, Marley Spoon raised about $27.5 million from some of Europe’s most renowned VCs.

At the EU-Startups Conference we’ll be speaking with Fabian about his entrepreneurial path, his goals for Marley Spoon and his learnings as an investor.

If we already got your attention and you’re able to be in Berlin on June 24, we highly recommend you to purchase your ticket now! We kept it affordable: The two ticket categories we’re offering (€39 / €79) already include food and drinks during the event. An overview about the event can be found here.