Planday, the workforce management platform for shift-based businesses, today announces that it has raised a $14 million Series B round of funding. The round was led by new investors Idinvest, and also included Creandum, the lead investor in Planday’s Series A round, SEB Private Equity, and angel investor Arthur Kosten, co-founder of Booking.com.

In 2014, Planday raised a $3.75 million Series A round, and in 2015 received a further investment from angel investor Klaus Nyengaard. Since then, Planday has grown 100% year-over-year to over 100,000 end-users in 24 different countries, including the US, UK, Canada, Germany, Sweden, and Norway.

Planday, which is headquartered in Copenhagen, will use the fresh capital to expand further into the US, strengthen its leadership in the European market, and develop integrations with other technologies that support shift-based businesses, including payroll providers, find and hire services, and Epos technologies.

Guillaume Durao, Investment Director at Idinvest Partners commented: “Right now the workforce management space consists of tools that are either too simple with only a few features, or overly complex systems that are difficult to roll out. After a thorough analysis of the global market, we’ve found Planday to be a uniquely feature-rich SaaS solution that is specifically built to address the complex needs of a mid-sized business and easy to use for both employees and managers”.

Since its start in 2013, Planday has built a mobile-driven SaaS product, and has one of the largest mobile development teams in the industry. By working with technologies that employees and managers already use, Planday has delivered a product that is intuitive enough to scale across a business.

Planday has grown into a team of more than 80 people in five international offices, and with this investment plans to grow rapidly in all their locations. The young company already counts hundreds of customers in the UK in the hospitality, retail and leisure sectors which include leading London-based restaurants such as Ben’s Canteen, The Lockhart and Big Fernand. If you want to learn more about how Planday works, check out the short video below this article.

Planday also stated, that the company’s mobile strategy already paid off regarding the use of the mobile app, which averages multiple logins per user, per day.

Christian Broendum, CEO at Planday, stated: “With a smartphone in everyone’s pockets, there’s a huge opportunity to create connections between employees and businesses that didn’t exist before. We want to help businesses move away from cumbersome, manual processes and into ways of working that make the interaction between hourly employees and their workplaces real-time and collaborative. That shift will fundamentally change the way employees find work and the way businesses operate”.

Broendum continued: “We want to be a driving force in an emerging ecosystem that enables and empowers part-time workers. We will use this funding to partner with other key market players, including find and hire services, Epos, and accounting and payroll providers”. 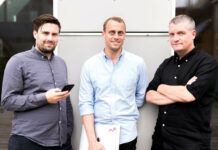 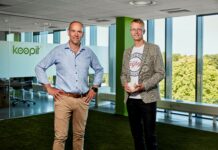 “Danish society is on the forefront of digital transformation”: Interview with Keep... 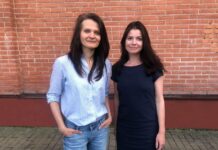