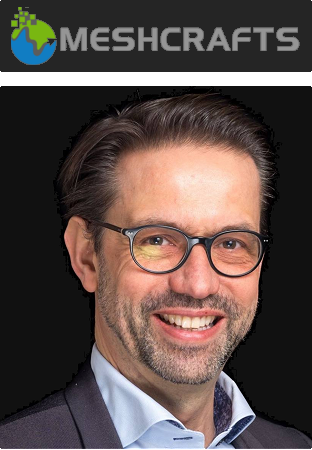 Norway is definitely one of the greenest European countries. There are a lot of different rankings available, but Norway is always among the Top 5. The New York Times wrote last year that in spite of the fact that Norway is one of the biggest oil and natural gas producers in the world, it also put a big effort in using its fast rivers. Their power is used by hydroelectric power stations and transformed into electricity. This makes electricity cheap here. Thus charging electric cars doesn’t cost a lot. The Norwegian government has also reduced taxes to make electric cars affordable for the general public. And the goal “to have 50,000 electric cars on roads by the end of the 2017” was already reached last year. 20% of all newly registered cars in Norway are electric.

The transformation of the market creates a need that was successfully noticed by startup Meshcrafts – a cross technology platform for real time information from Electrical Chargers and parking spots to vehicles, operators and public. We met the company’s CCO Paal Christian Myhre and talked about the future of electricity and electric cars.

In the beginning of our conversation, he stated:“Norway has the highest penetration of electrical cars, so I think it is a good idea to develop things for electric cars here. One problem that is discussed a lot is that drivers of electric cars are afraid that they are going to run out of electricity before they reach the point where they can charge the car. And this is something we try to solve. We created the platform that is showing all the charging points available to the driver so he can easily plan the route when travelling with the electric car. On the other side, we make power points visible so owners are also interested in cooperation with us simply because he can be found and get more business!”

Do charging points have to correspond to some special requirements to be included in your platform? Can I just put the cable outside and consider it to be the charging station?

Yes, you can do that with our platform. Private charging points that are available while the owner is at work, can be rented out via our platform. If the charger is smart it can easily connect to our platform or we can deliver hardware making it online. However, the largest part of the charging station owners are companies wanting to sell the power and their parkingspace.

And what happens if some charging points are out of order? Does your system receive information about that?

The platform is not your only product. You have also a mobile application, right?

Yes. The application is used by drivers on their mobile phones to guide them to the nearest charging point. There is also the navigation system. You can create your profile with the information on what car you have, how much power would you like to have while charging. If you set the destination of your route, we can guide you there according to your preferences via chargers on the way. You can choose whether you want to pay more and drive faster or drive cheaper, but spend more time.

How many kilometers can you drive with a fully charged car?

It depends on the car, but the smallest cars can do between 80 and 100 kilometers during the winter time and more in the summer. Newer cars on the market can already drive more than 2-300 kilometers with one charging. If you have to stop and charge your car, it can take more than 10 hours with the slow charger. If you find faster chargers, the time for charging reduces to less than 1 hour. Of course, you don’t have to fully charge if you are only going 10 kilometers.

If you look at the how a “normal” car is used, it is parked most of the time. It is parked at home. You spend up to an hour on your way to work. There your car is parked again for eight hours while you are working. And then you drive home again for an hour. If you have the possibility to charge your car whenever you stop, you will allways have enough power for driving.

Yes, definitely. The government supports building charging points to increase the market for electric cars. You would not buy a regular car if there were no gas stations. And it is the same with electric cars.

How many charging stations do you currently have on the platform?

We have 8,000 charging stations in Norway. Also we have Sweden, Finland, Denmark and England covered. We are not online with all of them yet, but hope to be that within the end of 2016. But we are working on a marketplace providing a one-click experience for our users – see, reserve and pay.

What is your business model?

We are B2B platform – we work with charging points and municipalities that have a lot of chargers to give them better management and control over their charging systems. They pay monthly fee to be on the platform and they get increased revenue from electric car owners. It is free to download and use it for the end users.

Do you have competitors in Norway and in Scandinavia?

Yes, there are several other companies, but they are not as broad as we are. There are apps dedicated to one cluster of charging points, so they can control charging points that they own themselves. We want to connect all charging points and create an open marketplace for all drivers.

We are working on the platform to add more services to it and connect more stations. We have 95 % stations available in the system, but we need to make them online so that we can see whether they are free or not and if they are working or not. We have developed the hardware necessary to make the older charging points “smart” and online.

What’s the status on current investments?

The company was started as an idea from students 3 years ago. Last year it was converted to stock company with investments from local investment companies. We got support from “Innovation Norway” that is supporting Norwegian companies and help to create innovative products. Also we did some consultancy work ourselves to get the working capital. Mostly it was bootstrapping – we were working with this project for nothing while building it up.

What are your plans for expansion?

The plan is to cover the rest of Scandinavia during the second half of 2016 and Northern Europe after that. We are a startup and can’t take all Europe or the world at once. We want to test the system in Norway where we have a lot of cars and charging points. It can then easily be adapted to other markets.

What’s your opinion on the future of electricity? We already have bikes and cars – what’s next? Airplanes?

I haven’t thought so much about that, but I think that the future of transportation will be very much based on electricity. Some cars are going to have electric motors and batteries needing to be charged. Others will have a hydrogen fuel cell fuel making electricity for motor. Public transportation can also be electric – we have trams here in Oslo and there is an initiative for the use of electric buses. I think that we will see a lot of changes in the urban transport systems in the near future. And I believe that we will se the same trend worldwide in next years as we have seen in Norway – in the near future 10 to 20 % of all new cars sold will be electric.