The Tampere-based mobile game startup Kopla Games announced today that it has secured a seed investment of €700,000. The fresh capital comes from German angel investor and serial entrepreneur Klaas Kersting, who founded the online games provider Gameforge and the mobile game publisher flaregames. Kersting has acted as an early stage investor for many startups including Supercell, Spacetime Studios and iQU. In 2015 Kopla raised its pre-seed round worth €100K from Sisu Game Ventures and other investors.

Founded in 2015 by four seasoned game developers, Kopla Games’ mission is to introduce action RPGs to everyone. The team’s speciality is their systematic approach to quickly discovering what the players are truly interested in, by continuously validating their direction with feedback and metrics, only focusing on what has the potential of becoming the next big thing. Kopla Games’ debut title, codenamed ‘Project Nonstop’, will be launched in cooperation with flaregames later this year.

Klaas Kersting, who just invested in Kopla Games, stated: “They have very impressive plans to expand their team in a scalable way and have an awesome first product that is already showing itself to be a potential hit.”

Kopla Games CEO & Co-founder Mika Kuusisto said: “We are all big fans of action RPGs and we believe the existing games on mobile have only touched the tip of the iceberg in their true market potential. We tap this opportunity by taking the long lifetime and immersive experience of the genre and make it accessible and appealing to a wide audience”

Kopla’s first title “Project Nonstop” centres around the eternal journey of a knight who in each moment is faced with hordes of fiendish enemies. As this quest is never-ending, players must support their Knight by picking up rewards, upgrading weapons and gear and discovering new abilities to help the little buddy battle better and further. Playable with one hand (more precisely: with one thumb), “Project Nonstop” offers an adventure ideal for on-the-go interaction throughout the day.

flare TV just released a short video, where Mika introduces the upcoming game “Project Nonstop”. Watch it to get a first impression: 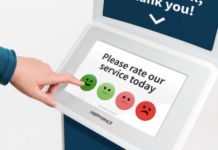 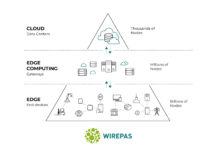 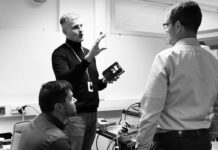