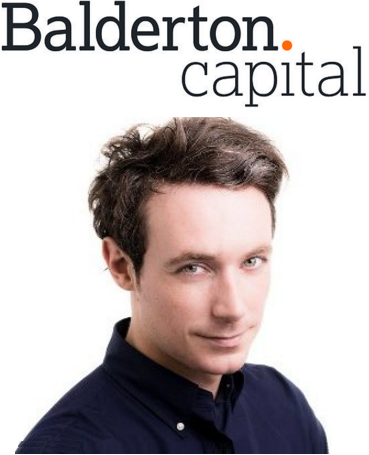 Balderton Capital is one of the leading VC funds in Europe. James Wise, who joined Balderton in 2013, has led a number of investments in different geographies and sectors – covering healthtech, manufacturing, mobile productivity, developer tools and financial accessibility. He’s also a board member of multiple portfolio companies. James has recently been promoted from the Principal to Partner’s position in the company. We caught him during the startup event Tech Chill Baltics to congratulate and ask a couple of questions.

What’s your impression of Latvia as a place to build a company?

James Wise: It happens to be my first time in Latvia, but I spend a lot of time in the region. I’ve been to Poland, Norway, Estonia, Latvia and Slovakia in the last six months! There is talent here and an increasing amount of support for founders. The view that tech companies can only be built in big cities like London and San Francisco is quickly becoming outdated. I think in reality business is built by founders and the talent around them. And now thanks to the changes in cultures, platforms and co-working spaces you can build a great company anywhere in the world as long as you can get the right talent on board.

What companies and industries are you currently interested in?

James Wise: The spectrum is broad. When I started three years ago, I would never answer the question by naming a particular industry. Venture investors have ideas of how the world might look in five to ten years’ time and have investment thesis around that, but then you meet an exceptional and they can convince you completely otherwise. You do the research, you talk to the people and you look at the numbers, but ultimately you buy into a vision given to you by someone much smarter then you are. Things change in reality very quickly when you meet someone who convinces you that there is a different world out there.

There are some areas I’m particularly interested in. Productivity tools both for developers and other creative professions. 3D printing and manufacturing. Logistics and transportation – I think it’s still not a solved problem, despite the success in some areas – whether it is small package delivery via couriers or drones.

How can a startup convince you that it can succeed?

James Wise: The team. Companies are quite advanced at the stage that we invest – it is no longer just the founder but also the head of sales and the head of technology and people behind them. Overwhelming requirement for me on top of being an exceptional entrepreneur is that you are solving a really big problem. We are looking at industry changing as well as industry creating companies.

Are you willing to trust a team who already failed once?

James Wise: Yes. I’ve also had a lot of ventures that didn’t work out. I think we have seen a lot of entrepreneurs who try different things. On the other hand I don’t want to say that you need this experience to be successful – there are many examples when first-time entrepreneurs build very important products.

What are the main reasons that startup teams fail?

James Wise: There are a lot of reasons, but the most common is that the team has not listened to the market and their customers enough. Startups build too many products that people actually don’t want or they build products too focused on their own vision rather than reacting to what they see. You should find the right balance – ability to have vision about how the world should be and an ability to listen on the daily basis and understand how to get to that vision.

Are startup teams today generally better than they were a couple of years ago?

James Wise: There has been an increase in the quality of startup teams in Europe, particularly in teams with people who previously worked in billion and 10 billion dollar companies. Some of our teams are maturing faster, because team members have worked in a number of technology startups before.

What does your new job position mean to you?

James Wise: It means I cannot blame anyone else for my decisions now.

What are your predictions for the nearest future? What industries are going to succeed the most?

James Wise: I think you can have a very strong conviction on what will happen 10 or 20 years away. You can have the idea where the world is going but the challenge is how we are going to get there, and what you have to do in the short term to effect an industry in the long run.