Interview with Nelson Pereira, co-founder and CEO of TOPDOX 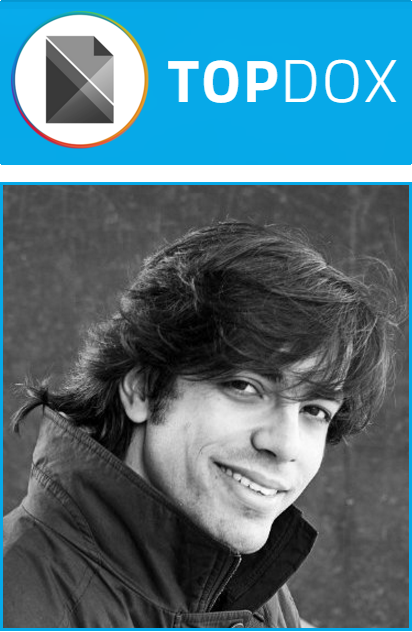 A few weeks ago we introduced you to five Portuguese startups to look out for in 2016. One of these promising companies was (and still is) TOPDOX. The Porto-based startup created a documents collaboration platform, for any document format, across any cloud storage. TOPDOX lets you sync, edit, share or collaborate on anything, anytime and anywhere. The app is is available as iOS, Android and Web version.

We talked to Nelson Pereira, co-founder and CEO of TOPDOX, to learn more about how the company started and what the recent plans and goals are.

Where did you get the idea for TOPDOX from and how did it all start?

All started with the “boom” of the mobile devices, I got excited by the new possibilities on these new devices. But when I tried to replace my laptop by the tablet and the smartphone to work “on the go” I’ve faced a lot of issues, especially documents compatibility nightmare, cloud files management and working offline. So I decided to look for tools and solutions and noticed that a lot of people all over the internet (blogs, forums, etc.) were having the same issues. So I decided to build my own tools to deal with it, I’ve challenged Miguel (my co-founder), he said yes right away to the challenge. And that’s how TOPDOX was born.

After you came up with the idea, what was the next step?

Well, building a software startup is complex and we are first time entrepreneurs. So we started designing our first prototype, we got a bank loan to implement the MVP (minimum viable product) and launched on the App Store. We did all this in part-time, both of us have had a full time job at that time. But we started to collect great feedback from users and we won a local prize for entrepreneurship. So we decided to apply for Rockstart Accelerator program in Amsterdam, we got selected as one of the 10 startups that made into the program from more than 500 startups which applied from all over the world. When we got selected we decided to quit our jobs and dedicate full time to this project. We went to Amsterdam for the program that ended with a full month in Silicon Valley. It was quite a learning journey, but we decided to return to Portugal for our seed found. In early 2015 we closed our seed round with two investors for about €1M and started to build the team, build the platform and grow.

Since we started was a long road of up’s and down’s with a lot of new learning every week, but so far it’s being a great journey with a new challenge every week.

What is TOPDOX’s unique value proposition that sets it apart from its competitors?

TOPDOX is the only platform that allows people to collaborate and share any kind of document from any cloud. For example, two people using different cloud platforms (like Dropbox and Google Drive) can collaborate and share documents, even edit them. We support Microsoft Word, Google Docs and OpenOffice Documents.

With TOPDOX you can work faster and with no barriers on mobile devices. Create, edit, share, anything, with anyone, from anywhere.

How did you fund the project in the beginning and how will it be funded in the future?

We started to fund the project ourselves, with our own money and with a bank loan. Later we had a pre-seed from Rockstart Accelerator and gained €1M through our seed found round. We are now improving and building the complete product and growing our user base (more than 160k users already signed up for TOPDOX). The current stage of the company is looking for product/market fit. So far we are growing steadily on a monthly base and we are going to work on our Series A round for the second half of the year.

We hope to reach half a million users by the end of 2016, release TOPDOX for Windows 10 and make it available for any user on any platform. Our goal is to remove barriers to collaboration, regardless the device or platform people use and their favorite documents format.

What advice would you give to others that want to take on a similar project?

Try to learn and collect feedback from as many people as possible, specially from people who already established a startup or multiple startups. Building a startup it’s hard and challenging, so you will need all the advice that you can get, but be aware and filter it, because sometimes many people will tell you that it won’t work, but it’s your job to prove them wrong!