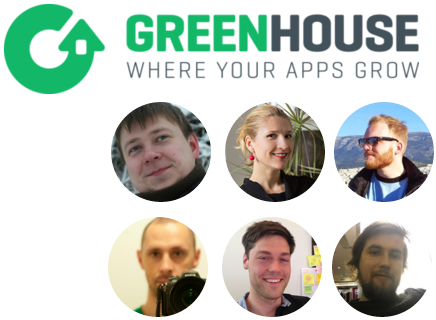 The locally renowned co-working space Garage 48 Hub, which expanded from Tallinn to Tartu, is working closely with Greenhouse CI, a startup that aims to nurture new app projects. Greenhouse has recently been accepted as one of fifteen lucky startups to participate in the Seedcamp programme. Seedcamp describes it itself as a “Founder’s First Round Fund” and is one of Europe’s most successful startup accelerators. The Tartu-based startup Greenhouse, which also pitched during Slush 2015, enables its customers to build, test and share their iOS, Android & Cordova apps for every commit. With Greenhouse, they’ll be up and running with just a few clicks. To learn more about Greenhouse, check out the video below this article.

“We are happy to hear about the success of Greenhouse. Over the past years, great startups from Estonia have been represented at Slush, and in 2015, we saw an all-time high of Estonian startups. In 2015, Seedcamp Pitching was arranged for the first time and it is great to see that the competition led to Greenhouse joining Seedcamp’s program.” said Riko Mäkela, CEO of Slush to EU-Startups.com

This comes at the end of a positively successful year for Greenhouse, as they recently closed a seed round with angel investors (Fortumo, Mooncascade, Insly), which has allowed them the focus on development and growth over the next 6 months:

“Mooncascade has just recently joined the investment scene and therefore we invest only in businesses we deeply understand. The decision to invest in Greenhouse was mainly driven because Mooncascade has been an avid user of Greenhouse’s and it has helped us to noticeably increase our productivity. The app development market is growing and changing rapidly and there’s a big demand for professional grade development tools and we understand the big potential that Greenhouse has in this market,” said Priit Salumaa, Co-Founder at Mooncascade, Garage48 Foundation, and MobileMonday Estonia.

Aside of the obvious benefits for the team and their company, there is an increasing buzz around the city of Tartu. The startup scene that has mainly centered around Tallinn, is morphing into something not only nationwide, but academic. The local university, on par with some of Europe’s top institutions, is helping to attract brilliant minds from all over the world to Tartu; Greenhouse CI as an app incubator, is very excited by this, their ‘hands-off’ support approach for apps lends itself nicely to the international market:

Tauno Talimaa, the CEO of Greenhouse, stated: “We believe that it is possible to build higher quality software that’s delivered to users faster. That is why we want to provide the two cornerstones of software delivery, development speed and quality for developers using new technologies. Our first mission is to help mobile app developers to build, test and distribute apps automatically without any human interaction. We give them a hassle-free continuous integration service – Greenhouse!”

Whether Greenouse CI can replicate the success of previous Seedcamp graduates is yet to be seen, but with a solid product and support network in place, they have a good chance of putting Tartu, Estonia on the international startup map.