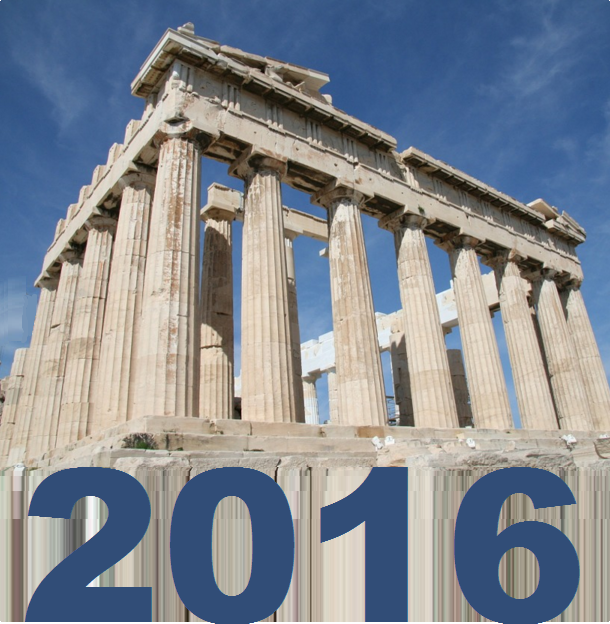 Over a period of about six years, the Greek people and the country’s economy had to experience a recession and a long phase of uncertainty. The unemployment rate is still at around 25%, but there is hope, as 2016 could be the year in which the Greek economy might finally start to grow again.

Another thing which creates hope, new opportunities and especially jobs, is the Greek startup ecosystem. Despite the crisis, Greece is home to many aspiring entrepreneurs who are working on promising new ideas and innovative business models.

In the beginning of this year, we took a close look at the Greek startup scene and created a list of 10 promising startups to watch in 2016. All of the startups we’re mentioning below entered the market within the last two years and each of these companies has something special to add to the tech and/or business world in 2016.

1. Forky: Founded in 2014, Forky is a venture backed and fast growing food company that delivers you great food in ~10 minutes. The Athens-based team consist of passionate engineers, chefs and operations people that value fresh ingredients, healthy meals and fast delivery. Forky’s chefs prepare 2 main dishes and 1 salad every day and deliver them to their clients as quick as possible. In April of 2015, the promising startup raised about €800K in venture capital.

2. Nannuka: An online platform that connects parents to numerous child care providers across Europe. In just a year, Nannuka has become the childcare leader in Greece, bridging parents to 17 different categories of child care and is now landing in 2 more countries (Italy & UK). The Athens-based startup was founded in 2014. So far, the ambitious team behind Nannuka secured roughly €245K in funding.

3. Goodvid.io: The Thessaloniki-based startup Goodvid.io offers a social content discovery and recommendation service helping online retailers bring outstanding user-generated product videos into their store. For the online retailers, this results in the fact that customers are staying longer on the site and buy more. The promising startup was founded in 2014, raised a seed investment of about €300K and joined Seedcamp London in 2015.

4. Pockee: Pockee is a unique mobile coupon platform that brings together FMCG brands with retailers, eventually enabling consumers to get real discounts on their everyday grocery shopping, all on their mobile phone, not having to print or collect paper coupons. Pockee provides brands & retailers with tools to connect with their consumers in the critical moments of truth, where the brand & retailer preference choices are made. Founded 2014 in Athens, Pockee so far received a seed funding of roughly €500K. In 2016, Pockee plans to launch its product also in Turkey.

5. Wappier: The Athens-based mobile technology startup Wappier focuses on game discovery solutions for game publishers. Founded in 2014, Wappier aims to match the right audience with the right game at the right time and optimizes your user acquisition goals by constantly learning and adapting. The startups’ addressable audience consists of strong partnerships in the mobile operator, brand and media verticals. According to Wappier, their specialization is inventory management and data optimization. So far, the promising company seems to have raised no venture capital yet.

6. Winks: Founded in 2015, Winks aims to be your first real-life social network. The Thessaloniki-based startup wants to change the way you connect with people you can actually see. Visit Facebook and Instagram profiles of people you see around you. Get their Snapchat username. How it works: Find out who’s around you. Check out their social profiles. Get some basic info, Wink at interesting people and then: Meet in real life. The Winks app is available as an Android and iOS version. The ambitious team behind Winks seems to have raised no outside funding till this day.

7. Rocketgraph: An Athens-based startup which was founded in 2014, helps you easily visualize your cloud data in just a few clicks. Their marketplace for cloud reporting lets you find the Rocketgraph that matches your needs, connect your cloud services and you are ready to go. You can easily export your Rocketgraph report and even get scheduled emails with the most current data pulled directly from your cloud sources. In December of 2014, Rocketgraph secured roughly $500K in a seed funding round with Openfund.

8. reEmbed: Founded in 2014, reEmbed lets websites easily monetize their videos through content recommendations and native advertising. The Athens-based startup builds an end-to-end advertising solution, which provides websites with both the tools for displaying ads and the network that supplies them. Join them by creating your own video player using the reEmbed wizard and take control over your videos. Expanding your audience has never been easier. In the end of 2013, reEmbed secured an initial seed investment of about €80K.

9. Allcancode: The Athens-based E-Learning startup Allcancode develops an adventure video game called “Run Marco!” for browsers and tablets so that kids can learn how to code. Kids solve each game level by giving instructions to the main character using a visual programming language. This way, Allcancode enables kids and adults to learn how to code in a fun and easy way. Founded in 2014, Allcancode received a seed investment of roughly €40K in May of 2015.

10. liateR: Founded in 2014, liateR is an interactive sales solution for brands and retailers in the apparel and accessories market. liateR’s approach is based on advanced voice recognition, gesture detection, and augmented reality technologies to create an environment where consumers can digitally try on and buy clothing in a variety of contexts and locations. The Athens-based startup raised a little seed investment of about €15K in October of 2015.

Thomas Ohr
Thomas Ohr is the "Editor in Chief" of EU-Startups.com and started the blog in October 2010. He is excited about Europe's future, passionate about new business ideas and lives in Barcelona (Spain).
RELATED ARTICLES