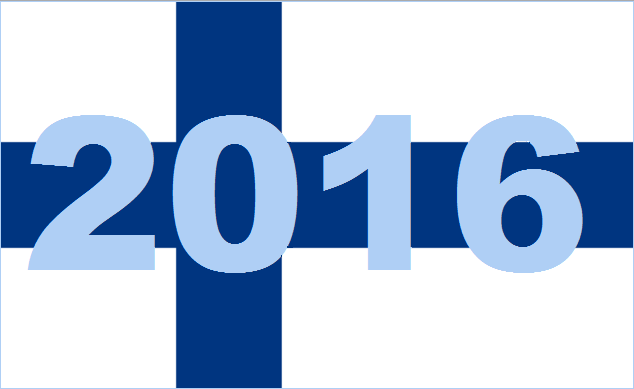 Finland is the home country of Supercell, the Angry Birds creator Rovio, and of many other big success stories in the recent history of online and mobile games. The land of a thousand lakes is definitely one of the most exciting startup nations in Europe – not only regarding the gaming sector. Helsinki is one of Europe’s major startup hubs, and also the birthplace of Slush – a leading startup event, which connects thousands of startups, investors, tech and media folks on an annual basis.

In the beginning of this year, we took a close look at the Finnish startup scene and created a list of 10 promising startups to watch in 2016. All of the startups we’re mentioning below entered the market within the last two years and each of the them has something special to add to the games, tech and/or business world in 2016.

1. Funzi: An Espoo-based startup which creates a mobile learning and information service with an initial focus on emerging markets. Funzi’s services develop new skills and empower co-creation and collaboration between mobile users and experts. The promising startup was founded in 2014 and secured about €500K in seed funding.

2. Apped: Founded in 2015, Apped started with the goal to set free the information workers of the world. No more clocking in, no more tiring routines or syntax errors from ancient legacy systems. Apped creates mobile apps that connect directly to corporate systems and are safe and easy to use. With the help of Apped, companies can allow employees and partners to use the devices they like and get the services and information they seek instantly. In the summer of 2015, Apped raised roughly €500K in seed funding.

3. Flashnode: The Helsinki-based startup Flashnode connects your SaaS and business apps. Whenever you need to get your business apps to communicate automatically, Flashnode might be a great solution. Founded in 2014, Flashnode helps you to get rid of frustrating and error-prone manual work. Flashnode makes sure the data you need is always there where you need it. In November of 2015, Flashnode secured about €600K in seed funding.

4. Reforged Studios: Founded in 2015, the vision of Reforged Studios is to empower creativity and to make the very best games in the world through artistic freedom and innovation of design. The Helsinki-based game studio aims to create world-class core games with strong mainstream appeal and AAA production values. In total, the promising company scored roughly $2.5 million of venture capital.

5. Wolt: The mobile payments software Wolt gives people a fast and simple way to handle physical-world payments on their mobile phone. Wolt enables its users to skip production queues and waiting in restaurants, bars and cafeterias. The Helsinki-based startup was founded in 2014 and raised about €2.4 million of venture capital.

6. Koukoi Games: The Oulu-based startup Koukoi Games was founded in 2015 by an ambitious team of game developers who share the vision of creating a sustainable games company together. Their goal is to develop memorable mobile games with high production value. Koukoi Games started in 2015 and secured a seed investment of about $1 million.

8. Futurefly: The Helsinki-based startup Futurefly approaches non-game app categories with addictive game ingredients in mind. This way, Futurefly makes them more fun, with increased retention and monetisation. Currently Futurefly is working on a gamified mobile messenger app which will be released soon. In September of 2015, Futurefly raised roughly $3 million in a big seed financing round.

9. Gizlo: A Helsinki-based startup with the bold vision to become the global standard for giving feedback. Launched in 2014, the Gizlo app basically offers a feedback channel connecting people and businesses. With Gizlo, companies revceive real time feedback from their customers. So far, the young company raised a seed investment of about $770K.

10. Kontena: Founded in 2015, Kontena provides an open-source toolset for organizations to deploy, manage, scale and monitor containerized applications on any cloud infrastructure. Kontena’s mission is to deliver application container technology for the masses. The Helsinki-based technology startup seems to have raised no venture capital yet.