The Paris-based hardware startup Kolibree started the year with the completion of a $ 4 million funding round. The new round was led by the US-based investor SOSV who joined previous investors like Cap Horn Invest, Innovacom and SEB Alliance.

Currently presenting at CES 2016, Kolibree also announced some new products and games. Four new games, scheduled for release in spring, use Kolibree’s connected sonic toothbrush that doubles as a game controller with 3D motion sensors to guide the user toward better brushing. This enables kids to see where they brushed and where they missed. Kids can score higher by using the correct angle of the brush to attack plaque and bacteria. The upcoming games cover ages 3 through teenage years while there are also Coach features for adults. For the new games, Kolibree cooperates with Ubisoft, a leading European games publisher.

Kolibree Founder and CEO Thomas Serval stated: “Kolibree began product sales in Q2 2015, with increasing gains throughout the year. In addition, a new partnership with game developer Ubisoft and this boost from SOSV increase our momentum and allow Kolibree to scale for more rapid growth in 2016,”.

He continued: “As Kolibree moves ahead with innovation, software and product development, we are ready to begin a new bold round of funding with a goal of raising USD $10 million through institutional investors and dentists from around the world who want to join us in growing the Kolibree platform,”

Check out the video below to get some more info on how it works:

Paris-based Altacasa raises €2 million to re-invent access to second homes in the UK and Europe... 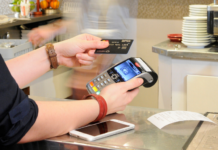