While the Web Summit is leaving Dublin for Lisbon, Ireland and its capital are still a great place for young companies to start. As in the previous years, we started 2016 with some research and the goal to create a list with some of the most promising startups for every major European country. Below you’ll find 7 Irish startups to look out for in 2016. All of them were founded within the last two years and each of the listed startups has something special to add to the business life or your personal web experience in 2016.

1. Jobbio: Founded in 2014, Jobbio is a new kind of recruiting platform for both talent and brands. A marketplace where you can discover great job opportunities with hundreds of cool companies. Jobbio enables you to build a brilliant bio in seconds and afterwards to apply privately and directly with one click. The Dublin-based company raised a total of roughly € 2.5 million in venture capital.

3. Crowdsight: Launched in 2015, Crowdsight identifies the most valuable fan generated content at sports and entertainment events, powering the official event sponsors to react to and reward individual fan moments, LIVE as they happen. The emphasis is on tracking social interactions to identify fan generated content that is creating the most buzz at any point in time and allow Sponsors to use social analytics and data to drive their digital activation efforts. So far, the Dublin-based startup seems to have raised no venture capital.

4. Birdleaf: A Dublin-based startup which automatically collects and analyses demographical information on your customers from their email address giving you a clear picture on your different user profiles. Birdleaf, which was founded in 2015, aims to turn a dead email list into actionable insights on your customer base. In May of 2015 Birdleaf secured a seed investment (undisclosed amount).

5. Glofox: A business management software specifically designed for the fitness industry – with a unique mobile app solution. Glofox has been built by its Dublin-based founders because they saw a shift in the needs of the fitness industry due to the rise of new technology. They felt that consumers wanted an app which enables them to self-manage their fitness schedules and routines. Plus they wanted to make it easier for companies to receive bookings and accept payments for their fitness related services (including membership management). Glofox was founded in 2014 and secured seed investments of an undisclosed amount.

6. Mustard.ie: Founded in 2014, Mustard instantly connects companies with short term positions to fill, with the best available candidates. The Dublin-based data-science focussed startup pairs gamification and on demand technology to build the worlds largest and most functional network of instant talent. In the summer of 2015, the promising startup raised €200K in seed funding. 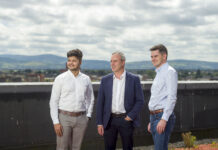 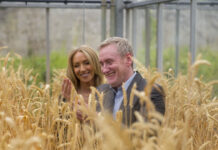 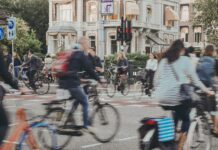 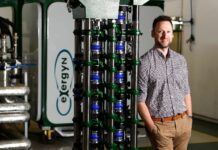