We started the year with some research and the goal to create a list with some of the most promising startups for every major European country. After looking at Germany, Italy, France and the UK, we’re now continuing with Spain.

Spain has a vital startup scene and with Madrid and Barcelona two of Europe’s biggest startup hubs. Below you’ll find 6 Spanish startups to look out for in 2016. All of them were founded within the last two years and each of the listed startups has something special to add to the business life or your personal web experience in 2016.

1. Glovo: A Barcelona-based startup that is transforming the way consumers access local goods, enabling anyone to get nearly any product delivered in less than 60 minutes. Glovo’s on-demand mobile application connects customers with independent local couriers, who acquire goods from any restaurant or shop in a city and also deliver urgent packages for a fixed fee of 5,50€. Glovo, which started in 2015, is currently available in Barcelona, Madrid and Valencia. More cities will follow soon. So far, the ambitious Glovo team raised about € 2.14 million in venture capital.

2. Outify.me: An online marketplace where you can search and book outdoor activities quickly and easily. The young company is based in Salamanca and was founded in 2015. The Spanish startup aims to provide its users with an overview about the best outdoor experiences available. So far, the Outify.me team seems to have raised no venture capital.

3. Startupxplore: Founded in 2014, Startupxplore is the largest startups and investors community in Spain. The goal of the Startupxplore team is helping startups to get funded by bringing transparency to the ecosystem. In total, the Valencia-based startup raised € 310K in seed funding from a group of well known angel investors from Spain.

4. Kompyte: Founded in 2014, Kompyte helps you to learn about the online strategy of your competitors in real time. This allows you to respond to them in an easy, fast and affordable way. Kompyte, which is based in Barcelona, aims to reinvent the way companies compete on the Internet. So far, the ambitious team behind Kompyte secured about € 448K in seed funding.

5. Stampery: Madrid- and San Francisco-based Stampery enables users to certify the existence, integrity & ownership of any file or communication using the bitcoin blockchain. All the proofs generated by Stampery are automatically generated, impossible to modify, damage or destroy and valid globally – forever – even if Stampery disappears. Stampery was founded in 2015 and raised $ 600K in venture capital.

6. GetYourHero: The Barcelona-based startup GetYourHero aims to revolutionize the domestic cleaning sector and acts as a leading online provider for cleaning professionals in Spain and Italy. GetYourHero enabbles you to book your trusted, handpicked and certified cleaner in less than 60 seconds through its web or mobile application. The promising startup was founded in 2014 and secured a total of roughly € 1.71 million in funding. 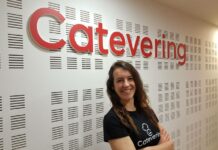 Hybrid Work Series, Part 1: How will we consume food at work? An interview with Laura Gomez, CE... 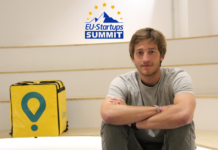