As in the previous years, we started 2016 with some research and the goal to create a list for each EU country which showcases some of the most promising startups that are worth following this year. Now it’s time for Austria!

The mountainous country is not only home to the awesome tech event Pioneers Festival, but also to a large number of successful startups. Below you’ll find 5 Austrian startups to look out for in 2016. All of them were founded within the last two years and each of the listed startups has something special to add to the business life or your personal web experience in 2016.

1. Parkbob: A crowd-sensing service helping people to easily find a parking spot in cities. Public parking in cities is a hassle and a everyday life problem which the Vienna-based startup Parkbob aims to solve. The Parkbob app navigates you to the next free parking spot and not just to an address. Founded in the fourth quarter of 2014, Parkbob secured a seed investment of € 130K in 2015.

2. Ticksa: A pioneering per-click marketplace for content. With Ticksa anyone can monetize their content (video, music, blogs, photos…) anywhere. It easily lets you upload your content, set the price and promote it by inviting your social media contacts. The ambitious startup was founded in 2015 and seems to have raised no venture capital yet.

3. Cyberith: Founded in 2014, the Vienna-based startup Cyberith specializes in Virtual Reality Hardware & Software with its first products being the Virtualizer and the VR Game Acan’s Call. The Virtualizer is an award-winning Virtual Reality device that allows users to walk, run, strafe, jump and crouch in virtual reality. Cyberith did a successful crowdfunding campaign on Kickstarter raising more than $ 361K. In addition they secured about $ 1.82 million in venture capital.

4. Global Rockstar: A new kind of a music platform for artists and fans, conducting the world’s largest online music contest. Global Rockstar was founded in 2014 and enables fans to vote for their favorite artists via social media, and lets them support the artists via paid votes (Supervotes): The artist gets 50% of the net revenues from each Supervote. In return, the voter receives unique rewards from the artist. Artists can raise additional revenue from donation-based crowdfunding and from brand-sponsoring possibilities. Artists upload their original song and video to Global Rockstar. So far, the Vienna-based startup raised about $ 1.54 million in venture capital.

5. Knoyd: Founded in 2015, Knoyd is able to separate fraudsters from reliable customers, determine music taste from brainwaves and tell people, where they want to travel next. The ambitious team behind Knoyd, which is based in Vienna also found connections between people, predicted if they would love a specific product or want to run away. With its customized data science solutions, Knoyd aims to solve some of the most difficult challenges your company might have. The startup seems to have raised no venture capital yet. 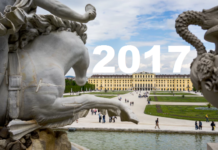