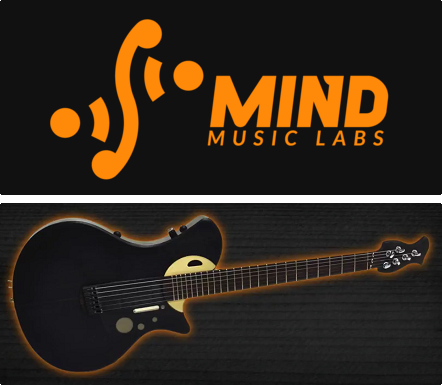 The Stockholm-based startup MIND Music Labs is presenting the world’s first “Smart Guitar” at Dublin’s Web Summit today, with a LIVE demo during its PITCH competition. The young music company, which was founded in 2013, also just secured a low 6-digit seed investment from a number of Swedish angel investors.

Sensus – this is the name of the guitar – is at the same time a guitar, a 360° wireless music system and a smart IoT device, allowing players to add infinite modulations and effects to their music in a natural way, with no need for accessories, computers or speakers. Thanks to MIND’s patented technologies, all sounds are produced in HD directly by the guitar’s wooden body, built on the same acoustic principles and with the same wood of Stradivari’s violins. Musicians can also use Sensus to stream and play directly on their favorite songs, or jam with friends at a distance – immediately sharing their performances online.

The Italian/Swedish startup MIND Music Labs is part of STING, one of Sweden’s leading startup incubators. To find out more about their smart guitar Sensus, make sure to watch the video below this article.

Michele Benincaso, the founder of the Smart Guitar, describes Sensus like this: “Sensus is the evolution guitar players have been waiting for for 50 years, and its technology is as diverse as the members of MIND’s team: a unique mix of acoustic tradition and state of the art technology.”