Top deals seen in Central and Eastern Europe in September 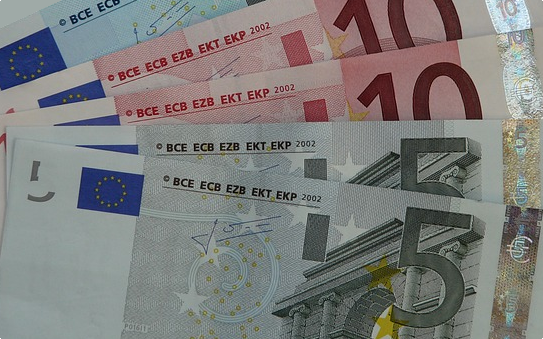 Here is my list of some interesting deals from Central and Eastern Europe (CEE), seen in September. Often overlooked by big US and Western European investors, the region offers many good deals, at much cheaper valuations compared to the US market.

Snapchat has acquired Ukrainian image processing startup Looksery for alleged $150 million. Founded in 2013, Looksery went on to raise money for its face modification app on Kickstarter. After successful crowdfunding, Looksery launched in October 2014. The app let you video chat with people through a special filter for your face that could make you look like a panda, grumpy cat, or monster, or alternatively manicure your own face to remove blemishes, smooth your skin tone, look thinner, or change the color of your eyes.

Slovakia’s Photoneo has raised €2.1 million in seed funding in a round led by Prague-based VC firm Credo Ventures. Photoneo, a pioneer in the field of 3D object sensing, has secured one of the largest seed rounds recorded in Central Europe. The € 2.1 million investment is led by Prague-based venture capital firm Credo Ventures with participation of several notable co-investors, including RSJ, one of the largest algorithmic trading companies in the world. Photoneo has developed a unique, patented method of 3D object sensing, which allows the firm to produce 3D cameras with the highest resolution at frame rates up to 60 FPS. Such high performance of resolution and speed in a single camera allows Photoneo to deliver its revolutionary 3D technology to any company that produces or assembles products using automated production lines or robots. Photoneo is already testing its technology with companies in a wide range of industries, including automotive, logistics, air travel and medical devices.

WinTaxi, a Ukrainian copycat of Uber, has received an undisclosed amount of funding from Evgeniya Dubinskaya. The business angel has received a minority stake. The startup, which claims to have registered 400 taxi drivers and 7,000 users since its launch in spring, will use the money to develop new functionalities and relaunch its mobile app. WinTaxi also  plans to extend its coverage — now limited to Kyiv (Kiev) — to such other Ukrainian cities as Dnipropetrovsk (Dnepropetrovsk), Kharkiv (Kharkov) and Odessa.

One of the hottest early-stage startups from the Baltic region right now, Jobbatical, announced raising €510.000 on their latest funding round. Within just 10 months after launching their Beta, the online marketplace connecting tech and business talent has become a global trendsetter for the millennial workforce while reshaping the future of work in a global scale.

Czech Brno-based accelerator Starcube started its 7th run that will focus on Internet of Things (IoT) and CyberSecurity. The 5 year-old Starcube has already accelerated 62 startups with a total investment of €4.5M.  The accelerator revealed the list of startups who made it to the 3-month program, half of them are outside of the Czech Republic – the list includes Clixx.io from Australia develops a system for building the IoT. It includes software and hardware (sensors, controllers) components helping to drastically reduce project timeline. Feemwifi project is from Cameron, which uses wi-fi technology to instantly and safely transfer files from device to device without using internet connection. Looks like a great idea in a world where device per capita index is growing every year. Dronee, drone developers from Estonia, are also among 10 finalists of Starcube. The team creates low-cost programmable drones stuffed with open-source software.

Skolkovo, the international tech hub under completion on the outskirts of Moscow, has opened a new branch in the Far East and selected its first batch of local startups. Seven early-stage companies were accepted to the first batch, the Skolkovo Foundation reported, claiming to have received in total hundreds of applications from startups. “Russia’s Far East is fertile ground for innovation, that’s why Skolkovo is here,” said Skolkovo senior vice president Alexander Chernov at a ceremony to mark the occasion in Vladivostok. Among Skolkovo’s Far East startups are Softvelum, a 4-year-old media-streaming startup, MekhatronicServis, which has developed a positioning system for underwater robotic devices, and Trans-FRK, which offers lasers for eyesight correction.