Two weeks after being featured on Product Hunt, a platform for finding the best new products, Recruitee closes a significant funding round with three informal investors.

After only a few hours of being live on Product Hunt, Recruitee saw over 2,000 visitors and more than 60 signups to the service! They also attracted the attention of Robert Pijselman and Luc Brandts. Both co-founded BWise and later sold it to Nasdaq in 2012.  The founding team of Recruitee was introduced to Aik Deveneijns (former recruiter, VC, and COO of SEOshop). The interest quickly grew into a funding opportunity that was finalized this week. The three will join the company advisory board.

“I’ve used many ATS systems and software tools for recruitment before, but Recruitee seems to be a tool that really knows how to help SMEs in their hiring needs”, stated Aik Deveneijns.

Recruitee offers a fast and collaborative hiring platform for startups and fast-growing SMEs. It eases the process from A to Z, including promoting job offers, managing candidates, and keeping track of each stage of the recruiting process. Recruitee focuses on a personal approach, by allowing users to customize their own career site and job pages. Recruitee was founded in 2015 and headquartered in Amsterdam.

Although Recruitee has only been on the market for eight months, the tool is now being used by 500+ companies in more than 10 countries. The company didn’t take external cash before, but bootstrapped its growth. With the funding support, the team intends to maximize efforts and resources into further expansion in Poland and the US market. Future plans include not only the improvement of current features, but also the release of a referral system and talent pool. They will all support recruiters in their needs along the way of finding the best match for their company. Recruitee aims at becoming an all-in-one reference point for recruitment.

“We believe that the world of recruitment is changing. People will change jobs more frequently and selecting and recruiting of the right talent will require more resources from existing manager and HR teams. Technology seems to be the backbone of today’s recruitment process. To support the dependence on a professional and efficient recruitment process within the enterprise, HR must continue to advance. HR and recruiters need to move from an email-centric operating model to a service-centric one where the business immediately and always has full access to all relevant candidate details,” says Perry Oostdam, CEO and founder of Recruitee.

Amsterdam-based Rita raises €1 million in pre-seed to empower people with the value of their ow... 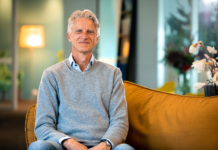 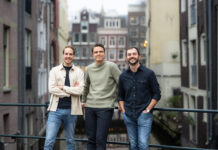 Amsterdam-based Productpine picks up €2.5 million for its direct-to-consumer marketplace