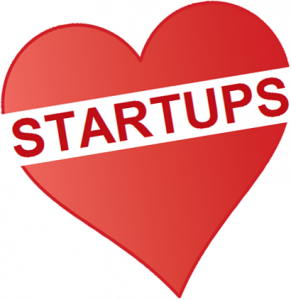 Several studies over the last two years suggest that already over 20% of today’s couples in Europe met online. This number is increasing year by year.

Over the last two decades, there were a bunch of really successful dating/matchmaking-related startups coming out of Europe. Companies like eDarling, meetic and Parship – to name just a few. Since fruitful matchmaking businesses not only create happy couples, but also have the potential to earn a lot of money, there are new players entering the industry with novel business models every month.

Today we set out to look at Europe’s best dating/matchmaking startups in 2015. In order to present you the “next wave” of European disruptors in online dating, we scanned the market for the most interesting startups that are not older than 2-3 years. And here is our list with 10 of the best European dating and matchmaking startups of the year:

AirDates: Founded in 2014, AirDates is an Inflight Dating App. It enables passengers to chat and flirt with each other during a flight – without the need of an internet connection. What a nice way to sweeten your flight. AirDates is headquartered in London and seems to have raised no outside funding yet.

Bristlr: The Manchester-based startup aims to connect those with beards to those who love beards. A very special matchmaking niche. 🙂 Put simply, you use this app to chat with people nearby who like beards on themselves, or on others, or both. Founded in 2014, the young company secured a seed financing of £28k by Ignite Accelerator.

Happn: A location-based mobile dating application that enables its users to build connections based on real-time interactions. Happn, which was founded in 2013, helps its users to discover people they’ve crossed paths with. The Paris-based startup already raised about $8 million in venture capital from investors like Alven Capital and DN Capital.

My Mate your Date: Headquartered in London, My Mate Your Date helps you meet new people through friends. Each day the app selects for you a handful of cool other singles, with whom you have friends in common. You can choose whether you’re interested in meeting. My Mate Your Date was founded in 2013 and is live in Australia and the UK.

VoiceCandy: Founded in 2014, VoiceCandy helps you to meet new people you like the sound of . The London-based startup describes itself as beeing “The Voice” crossed with Tinder. VoiceCandy lets you connect with new people by choosing an icebreaker question, and hearing spontaneous replies. So far, the startup seems to have raised no outside funding.

3nder: With 3nder you can meet likeminded people and explore your sexuality, away from social norms and pressure. 3nder is a dating app specifically for open-minded couples and singles looking for open relationships. The London-based startup was founded in 2014. In May 2014, 3nder secured a seed investment of an undisclosed amount.

Hitch: The London-based startup lets people introduce their single friends to each other. Just log in and match two of your FB friends for a hitch! The chat is anonymous at first (gender, age and the name of the mutual friend are shared). If it goes well, profile pictures can be displayed with a “reveal request”. Hitch was founded in 2014 and has already secured a seed investment (undisclosed amount).

Spotted: Headquartered in Mannheim (Germany), Spotted is a social discovery app that applies a hyperlocal approach to real life and brings together people who cross paths once or every day. The founding team says: “Spotted is not random dating. It’s a time machine!” The startup was founded in 2013 and secured $14,5 million of venture capital earlier this month.

Double: A location based dating app for double dates! Invite a friend to be your Doubler and double up to create a simple joint profile. Double shows you other new and interesting people nearby who are ready to meet. If a pair you’ve liked likes you back then it’s ‘Double Trouble!’ and you can have a group chat inside the app. The London-based startup was founded in 2014 and secured an angel investment of £75k in July of 2015.

Luvango: Launched this summer, Luvango is an iOS dating app which is available free of charge. Users are able to introduce themselves to potential matches using an introductory video, as well as four photos. Once a match has been made, both parties are notified and can communicate using the “doodle” feature which lets users become creative and artistic when communicating. Luvango is based in Leicester (UK) and seems to have raised no outside funding yet. 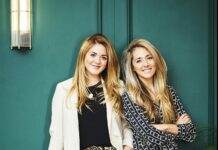 “Once’s vision is to create the post-swipe dating world”: Interview with Once... 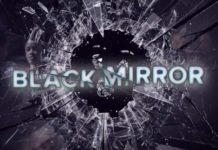