Here is my list of some interesting deals from Central and Eastern Europe (CEE), seen in May. Often overlooked by big US and Western European investors, the region offers many good deals, at much cheaper valuations compared to the US market. This time, more focus on the Balkans after my recent business trip to MonteNegro, south Serbia and Macedonia.

Croatia-based Oradian offers cloud-based software for micro finance institutions (MFIs) in developing markets. The firm raised an undisclosed seed round to continue expansion across West Africa and to expand its team, both in Zagreb, Croatia, and in Nigeria. The funding comes from Credo Ventures — the Prague-based VC that recently announced a new fund — Playfair Capital, Day One Capital, Esther Dyson, Moaffak Ahmed and Africa Angels Network.

An Romania-based SpherikAccelerator ran by my friend Jennifer Austin demoed cool startups. Many of them seek funding. Check them out. Romanian Tech Angels; Mary Andronic, co-founder of  VentureConnect, Dan Sturza from Fribourg Capital were also there…

Warsaw-based medical booking platform DocPlanner announced a $10 million Series B funding round. EU-Startups writer Marco Srsan wrote about it in the beginning of May.

Macedonia is a cool country and Skopje is a vibrant capital city. If you want to start investing there, check out NewMan’s business accelerator run by energetic Irena. My friend Chris Burry was mentoring there recently.

Estonia-based Pipedrive which offers Software-as-a-Service designed to help small companies manage and increase sales, raised a $9 million Series A round led by Bessemer Venture Partners, with participation of Paua Ventures, along with existing investors, Rembrandt Venture Partners and AngelPad, the latter of which incubated Pipedrive. The firm is based in the U.S. and Estonia where its development office is located.

Widerfi – mobile internet for travellers –  established in Lithuania and formerly known as Cheap Data Communications, has joined MassChallenge – the World’s largest accelerator, and will compete for 500 thousand pounds and 1 million dollar prizes at the end of the year. Widerfi offers a new mobile internet model for travellers and is the first Lithuanian startup to participate in the accelerator which will be held simultaneously in Boston and London.

Bulgaria-based ELEVEN is a cool accelerator venture fund, very active in the Balkans region. Dronamics from its portfolio  just won the Pioneers Festival Challenge 2015 – one of the biggest startup competitions in Europe! The team is part of Eleven’s 7th cohort and only two weeks ago they won another major competition –betapitch | Sofia. Are the Rangelov brothers (the two founders) following in the footsteps of the Wright brothers revolutionizing the Unmanned Aircraft Systems? The Eleven’s 9th batch is here. 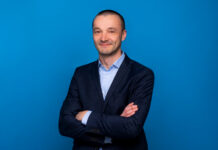 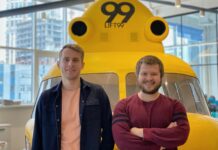