Idea Challenge is back for 2015 – but startups need to get their skates on if they want to win a prize package including up to €40,000 in cash and access to one of Europe’s biggest innovation networks, with July 6 as the deadline for entries.

This year, the competition – organised by EIT Digital (previously EIT ICT Labs) – is focused on ‘scale-up’ companies rather than ultra-early-stage startups, but it will once again take place across eight categories: Health and Wellbeing, Smart Spaces, Cyber-Physical Systems, Future Cloud, Cyber Security and Privacy, Internet of Things, Urban Life and Mobility, and Smart Energy Systems.

Each category will produce three winners, with first place receiving €40,000, second receiving €25,000, and €15,000 for third – a total commitment from EIT Digital of €640,000. Additionally, all 24 winners will be given free co-working space, business acceleration in Europe and beyond, and access to an ecosystem of over 130 partner organisations across Europe. They will also be able to work with a team of business developers active in nine European countries as well as in Silicon Valley.

To be eligible to enter, a startup must be a maximum of five years old and have received less than €1 million in external funding. Additionally, it must be incorporated in one of the 28 European Union member countries and have existing customers or a public beta with revenue of at least €12,000 or seed investment of at least €100,000.

Willem Jonker, CEO of EIT Digital, explained the thinking behind focusing on scale-up startups in this year’s Idea Challenge: “The strength of EIT Digital lies in our pan-European ecosystem. We support fast-growing startups that are typically already being noticed in their home country; we help them scale up their business quickly across Europe and beyond.”

Last year’s competition, which was launched in March 2014 at the CeBit technology exhibition and conference, produced an array of impressive early-stage startups and projects, with winners including Tinnitracks, an innovative platform for combatting tinnitus which won in the Health and Wellbeing category, and social activity booking platform GuideMeRight, which emerged from the Urban Life and Mobility field to claim first prize. 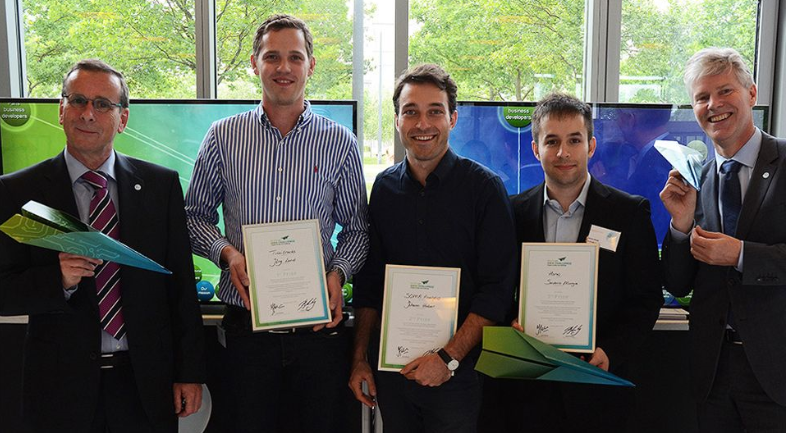 The winner in the Cyber-Security and Privacy category was CHINO, which helps developers of health-related apps keep the sensitive data they collect secure.

Jovan Steovic is one of the co-founders of CHINO, and – speaking some months after the final in Trento, Italy – was quick to enthuse about the positive impact of Idea Challenge. He said: “It is easy to apply [to Idea Challenge] and gives the chance to get support from both a business and resource point of view; it is an efficient way to start a company – this is a seed money investment without giving up any equity. There is no better way to start.”

You can find out more information about this year’s Idea Challenge here – and be sure to apply here by July 6!