Last Thursday, Robin Wauters, the founding editor of Tech.eu, published a report zooming in on all the mergers, acquisitions and IPOs in the European tech industry that happened in 2014. The European Tech Exits report is the result of 18 months of monitoring M&A activity across the board, and weeks of number crunching, analysis and writing. Below you’ll find 10 key take-aways of this outstanding research:

The full reseach, which is the first paid report of Tech.eu since launching in 2013, obviously provides a ton more information, detailed breakdowns, per-country analysis, a look at investor involvement, outlook on future trends (etc.). It can be purchased here for £1,200.00.

This price point, which we think is fair (unique data + huge amount of work that probably went into this), leads us to the final take-away, which is our very own: Our research on Startup Accelerators in Europe (published in 2014) was priced way too cheap. Reports like this are kind of the opposite of a volume play. Our updated and enhanced Startup Accelerator report will be priced at €49 (instead of €19,90) and published next month. 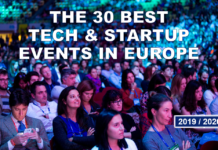 Download our report “The 30 best Startup Events in Europe” + Stay up to date with t...

IT and telecoms workers in the UK are experiencing heightened levels of anxiety, indecision, du... 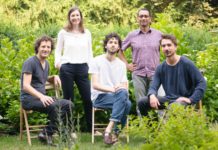