Bad news first – Telefonica’s Wayra CEE (based in Prague and aimed at startups from Central East Europe), one of the best accelerators in CZ, is shutting down. The closure will take place at the end of March -when the current program finishes- and the telco says that the reason behind it is “to focus on the strategic regions in which Telefonica operates”. CEE region should be handled by Wayra Munich.

Croatian startup TeddyTheGuardian making a smart teddy bear is making a lot of progress, including raising a seed round of $400,000, and it has also generated $716,000 in preorders. Teddy the Guardian measures a kid’s heart rate and temperature when they squeeze the bear’s paw. It’s a lot friendlier and less threatening for kids than other ways of getting vital signs. It’s about making health care more humanized.

Neulogy Ventures adds an investment in Slovak Vectary, which is developing an online tool for 3D modelling of complex structures. The investment was made in syndicate with a group of angel investors, Danube Ventures and 3TS Capital.

Russian VC SBT Venture Capital is betting on NFC and investments abroad. The three -year old Montreal-based firm Mobeewave has secured a $6.5 million funding round led by SBT VC, an investment arm o Sberbank. Mobeewave turns any NFC-enabled phone into a secure contactless mPOS terminal to receive payments from ApplePay, contactless cards or NFC wallets without the use of any additional hardware. The company says the funding will support new market openings worldwide. SBT Venture Capital  says the investment is the firm’s first big bet of 2015.

Slovenia’s shuttle transport booking startup GoOpti is looking for capital after 4 years of bootstrapping for European expansion. GoOpti lets users book low-cost transportation (private shuttles and whatnot) to airports, ports, train stations and other places, including smaller towns that are typically poorly connected by public transport. In the next 3-6 months, GoOpti will expand to new cities in Slovenia and Croatia. In 12-18 months, GoOpti should be active in 3 cities in Italy and 2 in Austria, according to interview of Tech.eu with company founders. 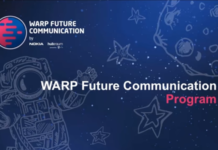 Berlin-based qLearning closes its Series A round