Today, Improbable announced their partnership with and investment from Andreessen Horowitz. The brilliant, VR-loving and Soylent-consuming Chris Dixon will be joining Improbable board.

Improbable, a London based startup, is creating an operating environment that makes simulated worlds possible. Simulated worlds are digital spaces that can run in real time containing millions of entities with interesting behaviour that work in concert to create functioning worlds: spaces with their own rules and properties that a multitude of people can simultaneously change, explore and visualise in as many different ways as developers can imagine.

Making simulated worlds of this kind involves many technical challenges. One of the hardest ones is distributing a simulation of this scale across thousands of servers in real time. The elements of these simulations have many interdependent layers of complexity, most of which are not embarrassingly parallelisable (so traditional approaches to scaling won’t work). Improbable’s approach is as a swarm of decentralised, heterogenous workers collaborating together to form a simulation much larger than any single worker can understand. As simulated worlds rapidly evolve, the most efficient distribution of these workers varies, so they need to migrate between physical machines in real time. Additionally, the system must handle potentially huge numbers of users interacting with and updating the simulation simultaneously.

A secondary goal for Improbable is to hide this operational complexity from developers, whilst making it financially viable and easy to build simulated worlds. This is significant because the worlds they want to see people build and explore won’t be possible if creating them takes decades or enormous sums of money.

Since Improbable’s beginnings almost three years ago at Cambridge University, they’ve solved many of the problems needed to make simulated worlds a reality and are now supporting their first customers along with developing partnerships with a carefully selected group of studios to help us experiment.

Entrepreneur Chris Dixon, who is a partner of Andreessen Horowitz and was behind its investment in tech firm Oculus VR before it was bought out by Facebook for $2bn, will join Improbable’s board and advising alongside colleague Marc Andreessen. He explains the decision in his blog post:

“Improbable’s technology solves the parallelisation problem for an important class of problems: anything that can be defined as a set of entities that interact in space. This basically means any problem where you want to build a simulated world. Developers who use Improbable can write code as if it will run on only one machine (using whatever simulation software they prefer, including popular gaming/physics engines like Unity and Unreal), without having to think about parallelization. Improbable automatically distributes their code across hundreds or even thousands of machines, which then work together to create a seamlessly integrated, simulated world.” 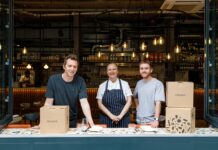