Published by the end of 2014, Startupland tells the story of how three guys from Copenhagen risked everything to turn their idea into a global business. The idea of the three guys was to build an Internet-based and easy to use customer service software which they eventually named Zendesk.

Today, Zendesk is a publicly traded company with headquarters in San Francisco. Led by Mikkel Svane, Zendesk became a unicorn (a startup that turned into a company worth more than 1 billion) – due to the lack of funding opportunities a unicorn that left Europe to become part of the “Startupland” in the form of San Francisco and Silicon Valley.

Startupland has been written by Founder & CEO Mikkel Svane (with some help from Carlye Adler). It’s a good read – honest and sometimes even a bit provocative. Mikkel walks you through the ups and many downs of creating a successful company. He describes the numerous arguments/fights he had with his co-founders, the problems with raising money and  the challenge of building and moving a company while beeing a father and husband.

Startupland is both imformative and inspiring. A great book for everybody interested in the entrepreneurial journey behind Zendesk. Interested? Read it now! 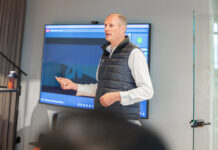 Copenhagen-based ZeroNorth scores over €49.6 million to fuel the transition to greener global t... 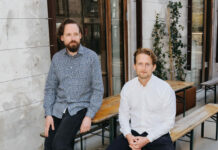 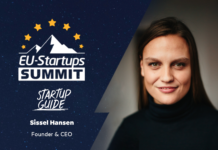 Sissel Hansen, founder and CEO of Startup Guide will speak at the EU-Startups Summit in Barcelo...