The social shopping app Depop has secured an investment of $8 million from Balderton Capital and Holtzbrinck Ventures, and hired Erik Martin, former GM of Reddit, to lead its US operation.

Founded in Italy in 2011 and now based in London, Depop can be described as ‘Pinterest meets eBay’. The app allows users to upload pictures of items they want to sell to their profile page, and build up a personal feed of profiles featuring products they want to buy. Items can them be purchased directly through the app and Depop manages the transaction. Depop has grown quickly in Europe and reached 1.8 million downloads in 2014. Today, the startup sees well over a million new products added for sale each month.

Depop already has a ‘satellite’ office in the US, but the company said it will use the new funding to set up a permanent New York office. US users are already adding 100,000 items to Depop each month. Erik Martin, who oversaw Reddit’s growth to more than 6 billion pageviews a month, has been hired to head up the US operation.

Erik Martin explained: “There’s something special about Depop. It’s more than just a fun buying and selling app; it’s a playful and evolving community,” he coninued: “What happens when you help everyone create their own pop-up shop and connect with each other? I don’t know, but it’s going to be fun to find out.”

Balderton Capital announces €529 million early-stage fund to back Europe’s next wave of breakou... 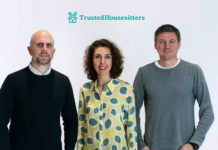 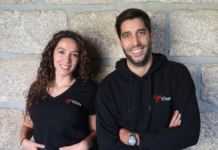