Blacklane, the company that provides professional ground transportation at lowest rates around the globe, has added a mid-seven-digit round of funding at a valuation in the nine-figure Euro range from Japan-based Recruit Holdings Co., through its investment subsidiary RSP Fund No.5, LLC.

As it is known, Blacklane provides professional ground transportation around the world at transparent and competitive fixed rates. The funding continue Blacklane’s momentum. The company expanded to another five U.S. cities in October, bringing the United States’ total to 40. Blacklane has also doubled staff over the last eight months, and business continues to grow at an average rate of 20 percent per month. It’s footprint spans 50 countries and more than 150 cities, including more than 100 added in the last 12 months.

The new strategic resource, the company’s first from Asia, augments investments from ALSTIN, b-to-v Partners, RI Digital Ventures, and car4you Holding, as well as the partner moovel (Daimler Mercedes-Benz). The new capital will help increase Blacklane’s business in Japan and beyond.

Dr. Jens Wohltorf, co-founder and CEO of Blacklane said: “It’s a great pleasure to welcome Recruit to our team and to work together on projects in Japan and other Asian countries. Blacklane will profit from Recruit’s experience and existing services in the Asian travel sector enormously.”

Akihiko Okamoto, head of Recruit Institute of Technology said: “Recruit acts as an online travel service provider for Asian travelers who are searching for simple, secure and global mobility solutions. We are impressed at both the quality of Blacklane’s service and its rapid expansion around the world.”

Additionally, travel industry visionary and PhoCusWright founder Philip C. Wolf will be added as a new board director. He will help shape Blacklane’s strategic planning and global expansion on the company’s board of directors. Previously, Wolf founded travel, tourism and hospitality intelligence company PhoCusWright and was CEO until the company was sold in 2011.

Wolf says: “Blacklane is the only global brand of professional, reliable drivers. The time has come to modernize this market, and I am convinced of Blacklane’s enormous potential.” 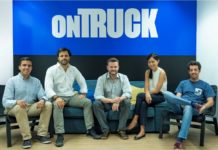 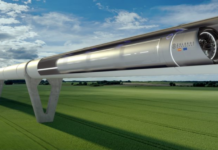 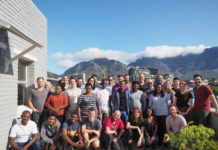 Google and Toyota Tsusho invest in WhereIsMyTransport to improve transport in developing countr...