Yesterday will definitely be remembered as a day of where the Danish startup community echoed more than it has done ever before as the grass root initiative #CPHFTW has now taken a serious step in its efforts to unite the startup community in Copenhagen and the rest of Denmark.

#CPHFTW, that initially started off as a hashtag under which Copenhagen startups would let its presence be known, managed to raise USD 150,000 from 83 founding startups in Denmark. It’s the first time this many funds were raised from the startup community, without involvement from the government, business angels, institutional investors or big corporations.

All this actually means that #CPHFTW is now able to build its organization up with full time resources and start creative initiatives that truly help startups in their efforts to share knowledge with each other, raise funds from international investors and attract talent to the startup world. Preciously, this means that #CPHFTW will facilitate various networks for CTOs, CMOs, CIOs, COOs etc., arrange dinners and get-togethers with international VCs in Copenhagen and help attract more talent to the startups, by leveraging on their network and their resources.

With the money raised, #CPHFTW can now build its legal structure up and the one that was presented at the previous Townhall (Townhall #3) by Martin Von Haller and which was agreed upon by the attendees, was to build #CPHFTW as a fund. The fund would need a board and details about this process, the nomination of people for a board position, the role of the board etc., will be explained in the next Townhall. A fund structure will also open the doors to #CPHFTW in raising more money for larger scale projects, that startups see fit. Furthermore, a fund structure makes sure equity cannot be hold in #CPHFTW. It will truly be owned by the community where the board will make sure that the #CPHFTW team reports to the community.

Lastly, it’s important to note that none of this could have been made possible without the amazing help from passionate souls from the startup community like Jon Schäffer, Michael Bak, Klaus Nyengaard, Thomas Madsen-Mygdal, Rasmus Bjerngaard and Martin Von Haller from the amazing founding startup coffee group  who helped out in every way possible to make sure that we get #CPHFTW up and running.

Next steps to this amazing announcement is to get all of the 83 founding startups on board, gather all the funds, do all of the administrative things and get going with the work – start creating initiatives that will create value for startups and getting everybody on board. 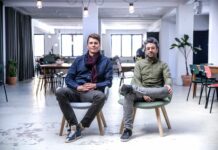 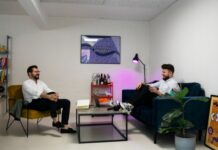