Press+, started in 2009 by media entrepreneur Steven Brill and Crovitz, pioneered the use of the “metered access model” while fostering best practices sharing among Press+ affiliates. Piano Media entered the paid content market in 2011 with its national subscription solution in three countries before later licensing its metered solution to publishers throughout Europe. Piano also excels in advanced user analytics and conversion consulting to increase subscriber retention.

Pekka Mäki, Managing Partner of 3TS who led the deal said: “Paid content has enormous growth potential around the world. We saw an opportunity to acquire Press+ through Piano Media, our existing portfolio company, consolidating the industry’s two largest players and enabling the combined entity to have unrivalled resources, technology, data and knowledge to help clients further build new sources of revenue.”

Additionally to the merger, it was announced that Kelly Leach, a Dow Jones veteran, has been appointed Chief Executive of both companies by its board of directors. Leach had an extensive range of operating and strategy roles within The Wall Street Journal’s print and digital businesses in the United States and Europe, most recently as Managing Director for EMEA and publisher of The Wall Street Journal’s European edition.

She emphasized the combination of Press+ and Piano Media will expand the product feature set to better meet the rapidly evolving needs of publishers: “While at Dow Jones I came to understand that the opportunity for the publishing industry to monetize its digital content is immense. I’m excited to head a company that leads the field in content monetization and which has enormous growth potential. The data that Press+ and Piano have gathered on subscriber behavior, digital subscription products and marketing practices employed by publishers is the deepest and broadest of any company in the world.” 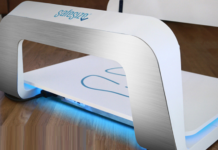