Today, after more than five years of leading Rovio and successfully turning Angry Birds into a global entertainment phenomenon, Mikael Hed announced that he will be leaving the CEO position.

As it was announced on their website, Hed will be succeeded by Peka Rantala and the CEO transition will happen by January 1, 2015. Between now and then, Pekka will work closely with Mikael to ensure a smooth succession.

The Chairman of the Board, Kaj Hed, has nominated Mikael Hed for a Board of Directors position. In addition, Mikael Hed has also been appointed as Chairman of Rovio Animation Studios, where he will oversee Animation and Movies.

On the occasion, Mikael Hed said: “It has been an amazing ride and in the coming months I will be very happy to pass the hoodie to Pekka Rantala, who will take Rovio to the next level. Pekka is known to be a great leader with experience building successful global consumer brands. I will continue to play an active role and will support Pekka in any way I can to ensure Rovio’s continued success.”

As it is well known, Rovio Entertainment Ltd is the creator of Angry Birds™ and is a global industry-changing entertainment media company headquartered in Finland that creatively combines digital with physical, breaking the boundaries of traditional content delivery. What started as a casual game in 2009 became an international phenomenon within a few months of its release and, today, Angry Birds is the most downloaded game of all time. 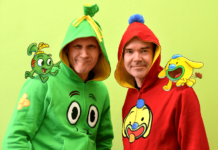