Kuddle, an innovative photo sharing social media app designed for kids of all ages, is reported to be currently in the process of raising another $8 million funding round, on top of the already raised $2 million.

As you might know, Kuddle, that is priding itself as an Instagram rival, is a a Norwegian picture-sharing app designed for children that could have one million users by the end of the year. Even though Kuddle launched only this month and most of its users come from the United States and Norway, the app has recorded a significant growth in India and Saudi Arabia. Therefore, it has rolled out the app in 9 languages and is currently hiring extra staff in Silicon Valley.

Hence, founder and chairwoman Kathryn Baker told Reuters: “We are very happy with the growth so far. We have had an average daily growth of 10 to 15 percent and the uptake has been great.”

Kuddle itself is free and available on both iOS and Android devices. and the company expects to generate revenue from an upcoming in-app store, selling safe mobile devices from some of the leading global brands, combined with child friendly data packages from mobile phone operators. 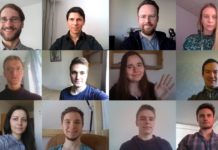