Traity, the Madrid-based creator of a new reputation standard that enables individuals to own their own online reputation, has announced a $4.7M Series A investment. The funding round has been led by ACTIVE Venture Partners.

Founded in 2012, Traity’s purpose is to empower people across the world by enabling them to trust one another in a safe and transparent environment as part of the growing collaboration economy, reducing risk and increasing peace of mind. The Traity online community sets the reputation standard, helping people to maintain the time and effort they have spent in establishing their credentials and delivering an accurate online reflection of their skills, their reliability and their personality qualities.

Traity will use the fresh capital of its Series A round to support its dual approach to expansion. The first element of this is to further populate the consumer focused reputation passport on which people can build, manage and most importantly, own their reputation; and the second is to partner with collaboration economy businesses so that users can leverage and use their reputation anywhere, whilst supporting startups in building trusted communities that enable their users to transact more often, quickly and safely.

Crucial to the success of Traity is its commitment to both transparency and privacy. It gathers information including identity verification, social network analytics, existing review status, e.g. stars earned on sites like eBay and AirBnB, endorsements about personal strengths from friends and personality traits; it also builds a fortress around this data to ensure users have control and the ability to leverage their reputation on the sites where they want to be trusted by using their reputation passport.

Christopher Pommerening, Founding Partner at ACTIVE Venture Partners, said: “Traity is setting the worldwide reputation standard and we are very excited to support the team on their inspiring mission. It is our belief that there is an increasing demand for accurate and safe online transactions between people and that Traity’s disruptive and ground-breaking reputation passport will be of great value for its community and the whole collaborative economy.” 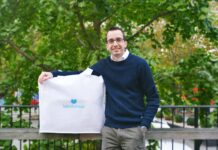 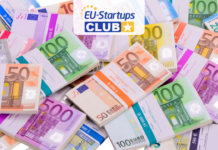