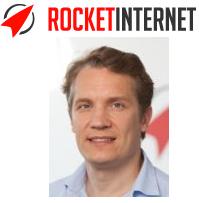 Rocket Internet, the controversial company builder out of Berlin, just switched its legal form from GmbH (comparable to Ltd.) to an AG (public company) and appointed Oliver Samwer as its CEO. This suggests, that Oliver Samwer is going to play an even more operational and more active role in Rocket Internet’s Future.

Rocket Internet has technical exited Zalando back in 2013, where it transferred its shares to its own shareholders Kinnevik, European Founders Fund (EFF) and Access Industries. Nevertheless Rocket Internet reached a turnover of about € 700 million in 2013 (without Zalando).

The strategy of the world’s largest Internet incubator, how the company describes itself, is to copy proven/successful business models (mostly in the e-commerce space) and to create many many (scalable) Internet companies in Asia, Africa, the Middle East and South America.