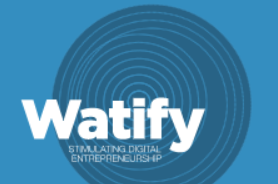 According to the organizers of a new startup initiative called Watify, the main challenge facing entrepreneurs in Europe is not the lack of great ideas but the fear of turning ideas into reality. Watify, which has just been launched by the European Commission with Deloitte Belgium, DIGITALEUROPE and EBN, aims to promote digital entrepreneurship by addressing these doubts.

The new platform will try to fight the fears of Wantrepreneurs by releasing interviews with Serial Founders who overcame their doubts and created successful businesses. The Watify initiative will run throughout Europe for two years.

Watify’s initiators estimated that 1.5 million additional jobs could be created in the EU, if the entire EU would mirror the entrepreneurship performance of the USA or Sweden. An interesting calculation.

Although I’m unsure about the potential impact of the Watify project, I have to admit that they have a nice video promoting this initiative: